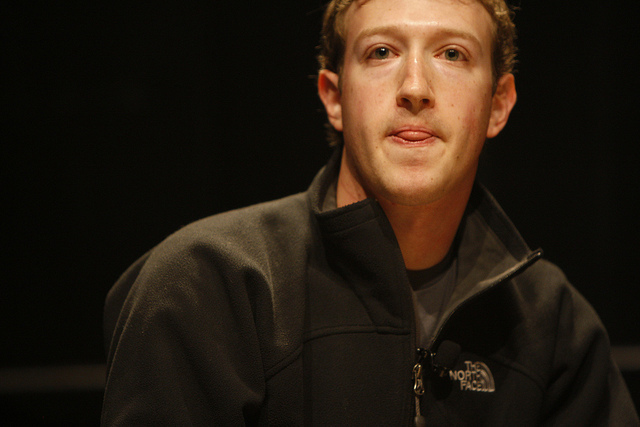 But it didn’t take long for the cynics to jump all over the tech billionaire for what’s been deemed false altruism at best and deceptive greed at worst. That’s because Zuckerberg didn’t exactly promise to give his billions to some charity for curing cancer or ending world hunger. Rather, he set up a limited liability company, the Zuckerberg L.L.C. which, unlike a charity, is capable of investing in for-profit companies. An L.L.C. also has certain tax advantages that could also benefit Zuckerberg in ways a purely non-profit initiative couldn’t.

But is that such a bad thing? Zuckerberg has proven himself to be a pretty charitable guy in the past, including a $25 million donation to fight the ebola epidemic in West Africa and a paltry $992 million to the Silicon Valley Community Foundation. Is there anything to suggest his “donations” to for-profits wouldn’t be similarly charitable or beneficial in nature?

Zuckerberg’s philanthropy is no sacrificial offering

Webster’s defines charity as “benevolent goodwill toward or love of humanity.” The dictionary definition says nothing of “intent”, just action. Results. While non-profit charities have the noble purpose of benefiting segments of society directly (so long as they’re honest and well-run), for-profit companies have the ability to benefit society at large in an indirect way, and often to a much greater degree. They do so through innovation, encouraging competition, and providing jobs for people who need them. If you don’t think so, stop using Google and get rid of all your Apple devices.

For-profit charity might not be as sexy as a purely altruistic non-profit, but it’s possible if not likely that some for-profits have a greater positive impact overall than non-profits. Joseph Swan didn’t invent the incandescent light bulb and Thomas Edison didn’t improve upon it with a reliable carbon filament because they wanted to give light to the world, but that’s exactly what they did.

Even Elon Musk didn’t start making electric sports cars for millionaires out of some altruistic goal of weening America off fossil fuels, but many would argue he’s doing that to a very small degree. These men all became very wealthy and famous for doing something that indirectly benefited society even though the intention was simply to directly benefit their wallets. Isn’t that desirable? After all, when it comes to charity and helping people in need, it’s really not “the thought that counts.”

Money that goes to true nonprofits holds a static value. Cash goes in, and out comes a societal benefit (hopefully) via food, shelter, medicine, education, or something else for people who are struggling.

Money that goes into a for-profit has legs. It may go toward hiring the next great CEO to lead the company to greater innovation and profits, or it may allow the company to purchase new equipment that will accelerate production and lower the price of goods. For-profit money has the potential to grow, while non-profit money has a tendency to shrink through waste, inefficiency, or fraud.

In 2010, Zuckerberg donated $100 million to Newark Public Schools in New Jersey. That money was, according to several reports, almost completely wasted and provided very little benefit to the schoolchildren it was intended to help. You can bet that no one lost their job over that waste, and most likely no changes were made to prevent future losses in the same manner.

Had Zuckerberg given that money to a for-profit that designs digital chalkboards of the future or manufactures a safer school bus, there’s a good chance the indirect benefit to students everywhere would’ve been greater than the slight to no benefit that Newark Public Schools received. For-profits aren’t perfect, but even if that money were similarly wasted, the company would pay a price and probably a few company leaders would be out of their jobs in order to make sure something like that never happens again.

Looking at it that way, maybe we should be grateful for Zuckerberg’s greed. It’s a crass and indelicate way to describe a more intelligent, seasoned approach to giving, but it’s almost guaranteed to do more good than the static currency of sacrificial altruism.