Two weeks ago I had an opportunity to be in the company of unparalleled greatness. I was asked to pick up Fred, an old family friend, from Sky Harbor International Airport in Phoenix. Fred had just finished a tour of the World War II monument in Washington, DC.

As I stood just beyond the security checkpoint awaiting Fred’s arrival, the cheers grew in steady succession as our WWII veterans approached. Passengers, family, and airport staff stood around holding signs, waving flags, and clapping as a few dozen of the greatest generation made their way through the airport.

Anyone in attendance that evening whose arms weren’t covered in goosebumps at the sight of our decorated veterans probably wasn’t breathing. 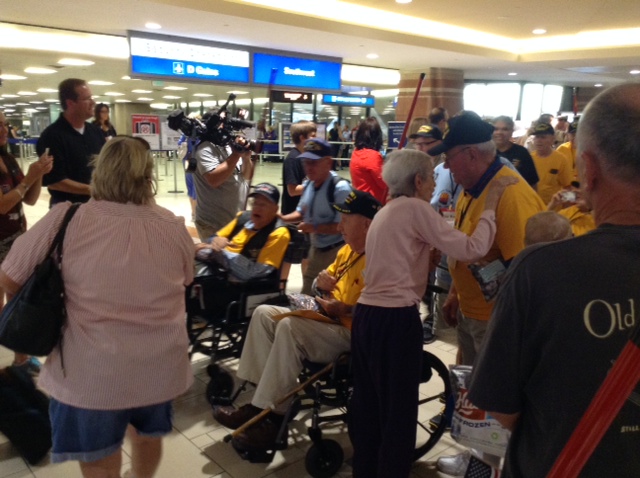 Their goal is to fly as many WWII veterans as possible to visit their memorial in Washington, DC before it’s too late. According to the Department of Veterans Affairs, around 640 WWII veterans die every day, so time is of the essence.

If there’s one monolithic trait of WWII veterans that amazes me most, it’s their humility. It is no exaggeration to say that these men and women faced down the greatest existential threat to the free world since before nations and governments existed. 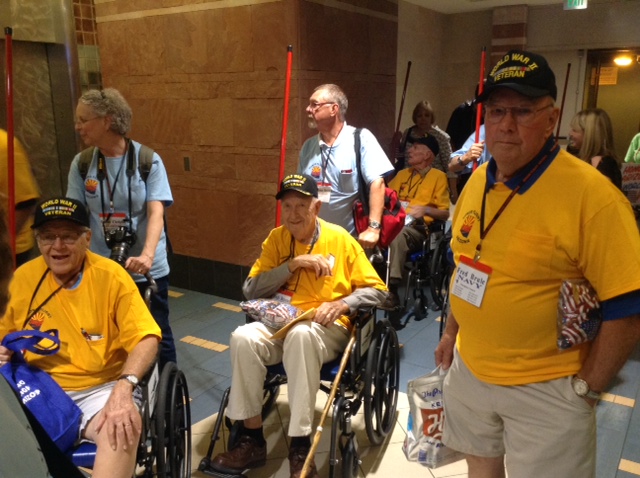 They left behind moms and dads, brothers and sisters, friends and girlfriends. Some of them forever. They broke their own hearts, put their own dreams on hold, and surrendered their own youth for a shot at preserving liberty for the rest of us.

When I think of World War II, I think of the tear-soaked love letters sent home, the cold unfamiliarity of ever-changing surroundings, and the sleepless and homesick nights right before the most important day of a young life. To some small and incomparable degree, I understand those feelings and how quickly they can age a human heart. I do not understand them in the context of war, punctuated by bullets and bombshells. 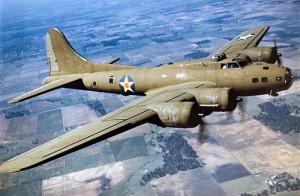 Fred spent his time during the war in a B-17 heavy bomber, also known as the Flying Fortress. He humbly qualifies his experience by mentioning that he was “just a radio operator”. His service and the stories he shares are inspiring, even over half a century later. If he was just a radio operator in a B-17, I’m just honored to know him.

As I stood watching the post-flight ceremony of patriotic songs and praise for the veterans present, I saw people worn by time, some of them in wheelchairs or clutching canes. I couldn’t help but imagine them in a more perfect state, fit and fashioned for war, ready to respond at a moment’s notice if the terminal were to suddenly come under some surprise foreign attack that night.

I envisioned them in boots and fatigues, carrying rifles and manning strategic positions to keep us safe. They darted here and there with youthful speed, determined to keep us safe at all costs. We the civilians felt safe in the midst of the chaos. We knew we were in the protective care of the same force that relegated the Axis powers to their rightful place on the ash heap of history. That was enough reassurance for us. And we were honored to be among them that night.

If you know a World War II veteran, see about getting them on an Honor Flight to Washington, DC.