“One week until pitchers and catchers report” is one of the most beautiful sentences in the English language. For the uninitiated, it is essentially the first published sign of baseball teams getting back into form for the upcoming season. Players, beginning with pitchers and catchers —baseball’s “battery”, as it’s known—begin to trickle in to their team’s Spring Training camps in Florida and Arizona.

During that month of Spring Training, teams will play 30+ games before the regular season gets underway. Invariably, rookie unknowns from virtually every team will surprise everyone and make the squad while veteran shoo-ins risk being demoted into obscurity.

It’s an incomparably beautiful time of year to kick off Florida’s Grapefruit League and Arizona’s Cactus League. Sunshine and 70s await fans at open-air ballparks with beer, brats, and baseball on the menu. For baseball lovers, it’s Heaven on Earth.

As all eminently great things do, baseball has its detractors. Vociferous ones at that. They bemoan its so-called “boring” pace and chafe under any suggestion of it being “America’s pastime.” Yet it is. So let’s take a look at the top 5 reasons baseball is indeed the greatest sport in America.

Yes, let’s talk about the most controversial reason on this list right out of the gate. No feckless salary cap. Feckless because salary caps don’t work and they promote bad behavior. They prevent teams from spending too much money (an arbitrary figure hardly based in logic), while forcing teams to spend a minimum amount of money.

Why is this so bad? In short, if you as a team owner are guaranteed that your competitors can only spend X amount of dollars per season, your job just got easier. You officially have to think and innovate less. Don’t bother worrying so much about team chemistry and finding a competitive edge, because you’ve just been handed one for free via the salary cap.

For fans who look forward to a rare chance at hanging on to a star player for the entirety of their career, good luck. Because the complicated salary cap rules will likely force your team to show your favorite player the door before his time. Just ask Arizona Cardinal fans who are just beginning to make peace with the fact that star wide receiver Larry Fitzgerald will likely be moved by next season.

We already talked about the glorious month of Spring Training when teams play 30+ games before kicking off the 162-game regular season, but what about baseball’s minor leagues? Minor League Baseball boasts 240 teams in 6 different countries. That’s not even counting independent leagues not affiliated with MLB. There is an entire sports economy that’s been created solely to feed Major League Baseball. As a player, if you are lucky enough to get drafted by a Major League Baseball team (usually out of college), congratulations, you most likely get to play your entire professional career in the minor leagues. If you’re lucky, you might start out in Rookie ball before being moved up to Single-A, then Double-A, and if you dominate at those first three levels, you might actually get to skip Triple-A and spend a few weeks proving yourself on an actual Major League roster.

That might sound depressing for those who don’t make it through the minor league gauntlet to put on a real Major League Uniform one day, but it also ensures that baseball has the greatest, most refined and hardened players in all the world. No sport’s barrier to entry is so great as baseball’s. 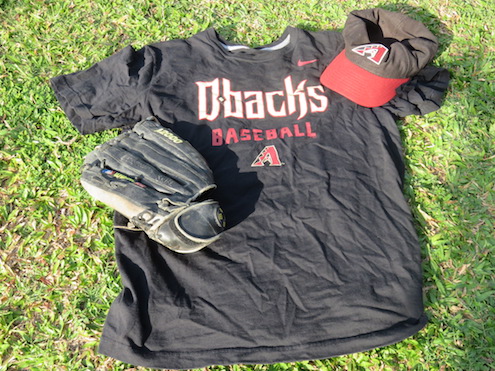 Major League Baseball is a dinosaur. It is old and has hardly changed a wink since it was founded in 1869. Apart from minor changes to the structure of the baseball itself to adjustments in pitching mound height, baseball hasn’t really budged except to get better. Distance between bases, wooden bats, leather mitts, team caps have all stayed pretty much the same. There also hasn’t been much in the way of rules changes. Perhaps the most controversial came just this past season when catchers were prevented from blocking home plate before having the ball—a tough pill to swallow but hardly a blow to statistical analysis. Compare that to the nearly endless rules revisions that occur in the NFL and NBA seemingly every season and it becomes very difficult to compare a basketball or football player of today with others even just a decade removed.

Because of baseball’s sameness, we’re able to analyze statistics across several decades and with somewhat reasonably compare a hitter or pitcher in 2015 to one in 1938. Some might argue that the steroid era taints statistical analysis, but advances in science and medicine of all kinds has that effect on all sports equally. Baseball is a living snapshot of times gone by, and that’s part of what makes it great.

Yes, 162 games in one season is difficult to fathom. Baseball kicks off in sunny springtime only to risk being snowed out in some areas once playoffs draw to a close (just ask the Rockies). But the beauty of having 162 games is in seeing what kind of heart and soul a team really has. Unforeseen circumstances in the form of injuries, slumps, and other unpredictabilities can dramatically alter the look of a baseball team from start to finish. The team that survives the grueling 162-game journey to win the World Series can be sure to have been tested beyond the level of any other professional sports team.

In the process, fans experience the countless highs and lows of such a season. They ache, scream, cheer, and celebrate every waking moment with their players. By the end of the season, fans feel bonded to players in ways that give them an almost sixth sense about how they might perform on a given day or even a single pitch. They come to understand a player’s unique body language and can sense a slump or a tear without even looking at a stat sheet. In a word, baseball is intimate.

Baseball is the most skills-based sport the world has to offer. It’s for that reason that 5-foot 6-inch David Eckstein was able to compete in the same sport as 6-foot 10-inch Randy Johnson. A look around baseball’s star players will reveal a motley group of athletes with physiques that vary as much as any random sampling of America. Baseball is uniquely complex enough that advantages and disadvantages can be exploited by players of all shapes and sizes.

And because it’s capable of being mastered by just about anyone willing to put in the hardwork and has minimal inborn advantages that can’t be equaled with simple skill, baseball is a lot like America. With the right effort, properly applied, baseball is the sports version of the American Dream—hard work pays off and success awaits anyone willing to help themselves. How quaint.

If you’ve never given baseball an honest chance, you should. And if you live in Florida or Arizona or are willing to travel there, there’s no better place to start than Spring Training.