Like little contagions in the conversational ether, they strike when we least expect it, reprogramming our brains for a lifetime of mispronounced words. Nowhere is safe. Even movies, advertisements, and talking heads on TV often (more on this word later) get some of the most commonly spoken words wrong.

Sometimes, the mispronounced version rolls off the tongue a little more easily than the correct way of saying it. Other times, the incorrect version is longer and must of course be more sop 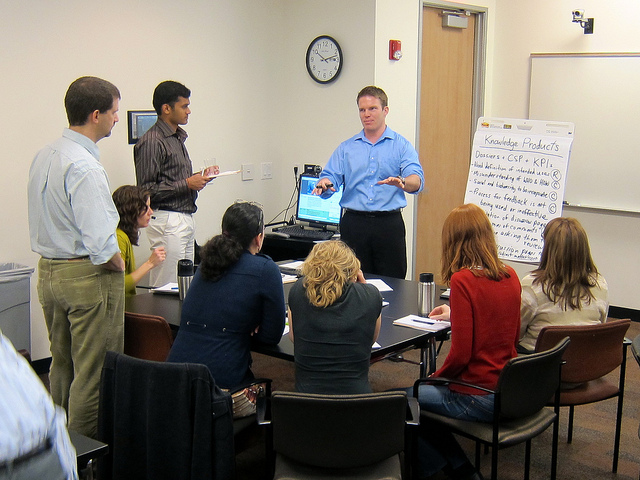 The way you say certain words can be the first impression received by someone for whom you want to impress. Overly analytical English hawks like myself lie in wait, ready to judge your grasp (or lack thereof) of the English language, fair or not.

So without further adieu, let’s examine the top 10 most commonly mispronounced words, where we went wrong, and how to not sound like an idiot the next time you say them.

While we’re in the mood for spoken English excellence we might as well start with a derivative of the word pronounce itself. In this case, it’s not “pronounciate”, despite what anyone says. Think of it along the same lines as a similar word, enunciate, for inspiration on how to pronounce it correctly.

This one’s a bit baffling. Somehow we managed to get it wrong despite the fact that this shortened version of a Latin phrase serves as a roadmap for proper pronunciation (Hey, look at us go). Etc. is short for et cetera. You might be surprised to see it spelled out that way, given that the typical way in which it’s mispronounced sounds a little more like “eck cetera”. Now, I’d understand a little more if the abbreviation were “ect.”, but not really. Have no doubt though, the t in “et” (Latin for “and”), sounds just like the t in terrible, Tom, tally, and trademark. Cetera is Latin for “so” and is pronounced with a soft c (which is a fancy way of saying it sounds like an s).

Okay, this one isn’t even a word borrowed from a foreign language that might be understandably difficult to pronounce. It’s our own word, and adding two extra letters and an extra syllable doesn’t make you sound more sophisticated. In fact, it makes you sound foolish. Irregardless—the peculiar and improper way to say regardless, likely stems from another word which can have a similar meaning, irrespective. Regardless (Nailed it..), torturing words into new, fake words that might sound cooler, doesn’t actually make a new word.

I get it, one extra letter and it’s a totally new word with a different meaning. I can understand why they get mixed up, but you still sound downright delusional when you say it incorrectly. Adverse, meaning unfavorable—as in adverse storm conditions—has an entirely different meaning, and sound, than averse. To be averse is to prefer to oppose something for some reason. It’s frequently used with the word risk, as in “risk averse”. It is not, nor will it ever be, risk adverse. Even though risky situations can often be adverse situations, there is no such thing as being risk adverse. Let’s be thankful for that.

Good grief. Once solely the realm of pre-adolescents, this one has metastasized to infect way too much of the adult population. I’m going to assume this incorrect pronunciation comes from the word “crossed”, which I guess can be construed as having a similar meaning as across (never mind the difference between prepositions and verbs) but that doesn’t mean the two should ever be combined. Acrossed is most certainly not a word. The library is not “acrossed” the street, but I certainly hope it is across the street, because we could all use a few more books in our lives to help us pronounce these words.

There’s a Starbucks on every corner. Even fast food burger joints serve up some pretty decent coffee drinks. So you’d think we’d be seeing the word espresso printed on menus on a fairly regular basis and perhaps noticing that it in fact does not include the letter “x”. Ordering an “expresso” will not cause your “espresso” to be served to you any quicker, believe it or not. So let’s drop the X and sound it out, “Es + Press + Oh”.

Okay okay, I get why this is one is so often mispronounced. The incorrect pronunciation has become so pervasive that it’s almost inescapable. However, the proper way to say often is with a silent “t”. Listen for it from your favorite talking heads, plenty of them are guilty. But don’t be a sheep, they are wrong.

Along the the same lines as “expresso”, escape contains no “x”. Excape is not a word and saying it makes you sound ridiculous. Stick with just the “s”.

It might be easier to wrap your lips around this word without that pesky b, but it isn’t going away. The word sounds like “sub-scribe”, not “sus-scribe”.

We use this one a lot, so it’d behoove us to get it right. There’s a few different ways to get it wrong. There’s the all-too-common “supposively”—not a word. And the less common but equally perplexing “supposaly”, and I’m not even sure how someone would spell that monstrosity. “Sup + Pose + Ed + Lee” should be how it comes out of your mouth.

So, if you just realized you’ve been mispronouncing one or more of these words for years, don’t fret, because you’re in good company. Try using the word correctly in a few sentences out loud, and you’ll be well on your way to reprogramming your brain for proper English usage.