Net Neutrality has quickly become a household term in the United States, and for good reason. Should the Federal Communications Commission (FCC) follow through on its threat to pass new rules for regulating internet service providers, the internet as we know it will certainly change, perhaps dramatically. The way in which it will change is unclear for now, but history suggests that the arguably good intentions of the new rules are unlikely to live up to their lofty expectations.

To begin, let’s unsurprisingly agree to stipulate that the giant internet service providers (ISPs) Comcast, Verizon, Cox, AT&T, and the like are roundly despised by just about everyone with a pulse. Perhaps, again, for good reason, but we’ll get into that later.

In fact, it’s probably safe to say that were the debate over Net Neutrality a criminal trial, the presiding judge would ask the jury to ignore unrelated previous transgressions on the part of ISPs in order to ensure a fair trial. 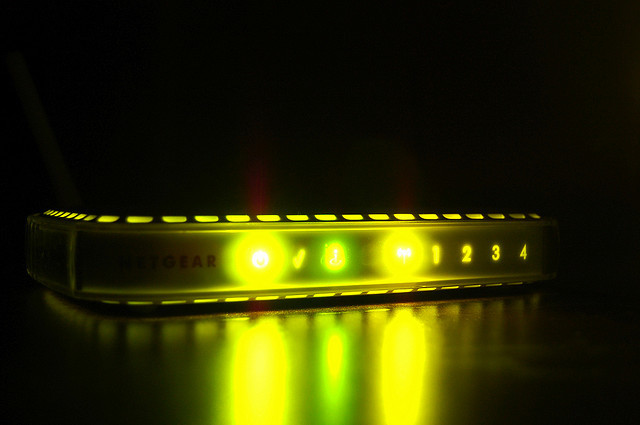 An industry untouched despite radical change

Now, while attempting to keep an open mind despite the sometimes unseemly characters who make up the two sides of this debate (ISPs and their political enablers), let’s take a look at the facts in the most layman of layman’s terms laymanly possible.

We have witnessed an incredible transformation in how we access the internet over the past two decades. I know, because as a kid I spent an ungodly number of hours playing Red Alert and Starcraft with friends over the internet via our rickety dial-up modem. These days, I can be in a coffee shop anywhere from California to Cambodia (and have been) and connect to high-speed internet instantaneously via the WiFi-charged ether—a phenomenon I wouldn’t dare to begin to try to understand.

Those advancements not withstanding, the internet service provider industry has barely budged in that timeframe. The same near-monopolies that existed twenty years ago still dominate their respective regions and seem to piss off well over half their customer base through some combination of bad service and even worse commercials.

It therefore becomes easy to simply say, “Whatever the ISPs support, I oppose.” While that might be a fair tack if vengeance and retribution is your goal, it will most certainly not guarantee a better internet in the future.

A trip down ISP memory lane

It’s worth remembering just how we got to this point with a few large corporations dominating an industry that is virtually sealed off to any newcomers.

To begin, let’s take a trip back in time to the year 1913 when the now-infamous Kingsbury Commitment came into being. Eerily similar in its intentions to today’s generously titled “Net Neutrality” rules from the FCC, the Kingsbury Commitment sought to prevent (or roll back) the complete industry dominance by a fast-growing telephone company called AT&T. Considered at the time to be a victory for the “little guy” secured by the U.S. Justice Department, the Kingsbury Commitment had nearly the opposite effect it was designed to have, and effectively guaranteed AT&T would maintain its monopolistic position to this day.

In short, the Kingsbury Commitment required AT&T to allow independent telephone companies to interconnect with AT&T’s vast long-distance network, so long as they didn’t directly compete with AT&T. What resulted could be accurately described as regional monopoly-swapping between AT&T and other smaller telephone companies.

While this arrangement allowed for some perverse form of “competition” in the industry in the short term, it ended up strengthening AT&T’s hand in the long run because there was no real incentive for smaller independents to develop their own networks since they were legally guaranteed access to AT&T’s.

Stick with me here

Enter the Cable Communications Act of 1984 to dramatically exacerbate the problem created by Kingsbury. In an effort to regulate an increasingly complex and growing web of capable networks in the U.S., the Act gave authority to municipalities to license cable operators. With the newfound power of a federally-sanctioned cartel, municipalities across the U.S. routinely gave their blessings to a single cable company permitted to offer their services to its citizens. In exchange for granting companies status as legal monopolies, cable companies would agree to a series of price controls and other demands for the “public good.”

As a result, according to the Wall Street Journal, between the years 1993 and 2013, 42 different cable companies were consolidated into just 4: Comcast, Time Warner Cable, Charter, and Cox.

Today, most internet service providers resemble quasi utilities that everyone hates. Again, for good reason. Like every beloved utility, their mottos can be summed up as “Don’t like our service? Tough.”

It’s this history of being unable to achieve desired results that proves we should not allow the FCC to regulate internet service providers anymore than they already are. The issue at hand—the ability of providers to treat different types of content different with regard to speed and price—is far too complex to be managed by a government bureau. Furthermore, any rules it creates are sure to be taken advantage of by corporations with smarter attorneys and more lobbying power—just as they were with Kingsbury.

With growing demands on networks, it is reasonable to expect and allow providers to tailor so-called “last-mile” internet speeds depending on the type of activity. If you don’t think so, you probably believe your Instagram feed is equally as important as a doctor talking to a terminally ill patient via video chat. But you don’t, right? Okay good.

Yet it shouldn’t end there. We still have the issue of monopolistic corporate Goliaths that, quite frankly, suck. So, in addition to rejecting so-called “Net Neutrality”, we should demand that these legal monopolies be exposed to the very same competition that other industries enjoy and benefit from. We’ve got to end the incestuous relationships between service providers and city halls all across America. One good thing about protected monopolies like internet service providers is that they’ve grown too big and lethargic for their own good, which means they have weaknesses that more agile competitors can exploit.

A smart, entrepreneurial David somewhere with a sling and some stones IS capable of slaying an internet Goliath, so long as he’s given the freedom to do so.