Think about all the products and services we use all the time. TVs, phones, computers, cars, cameras, fast-food restaurants, coffee shops. How have they changed over the past 10 years or more? A lot or a little? You’d probably say a lot. And you’d be right. Flat screen TVs that hang like picture frames, touchscreen phones that work like mini computers, actual computers that are smaller and more powerful than the ones that put man on the Moon, cars that run on a mixture of gasoline and electricity, and cameras the size of a fingernail to name several.

Fast-food restaurants get fancier every year and somehow maintain the same prices—would you have guessed ten years ago that McDonald’s would begin offering premium coffee drinks and salads while charging about the same low prices? Not likely. And what about coffee shops? It seems every major city in the world now has a Starbucks or a Dunkin’ Donuts–and probably several.

Now ask yourself the same question about taxis. Has the service gotten any better? The cars (apart from general industry progress and new technology)? Has the price stayed the same or gone down? Has anything changed about the way a taxi operates? Not much.

Ridesharing with Uber and Lyft

Uber and Lyft are two alternative taxi companies that have revolutionized the way people travel in big cities all around the world. By refusing to become licensed taxicab companies, Uber and Lyft have eliminated middlemen and given themselves breathing room to innovate. 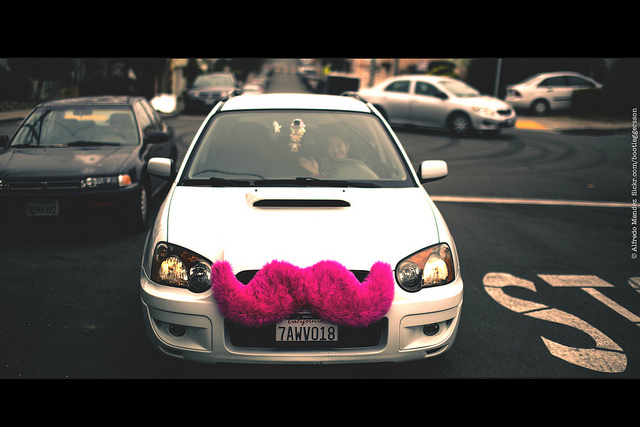 That innovation has led to convenient, easy-to-use apps with driver rating tools and the ability of customers to use digital currency to pay fares. It’s also led to more reasonable prices in many cases and consistently above-and-beyond personalized service. Without the price controls under which traditional cab companies operate, Uber and Lyft are able to raise or lower prices when needed to account for heavy traffic, competition, or poor road conditions.

While Uber caters to higher end clientele looking for top-notch service in newer model vehicles, the options for customers using Lyft are endless. With Lyft, ordinary drivers can use their personal cars as taxis while on their way to work or while heading to the mall. For those willing to sacrifice the comfort of a brand new shiny black Uber vehicle, Lyft offers even cheaper rides. It’s guilt-free carpooling for the 21st century, and what city can’t use fewer cars clogging up its roads?

Uber and Lyft maintain high standards for their drivers, and if you still don’t like the service you receive, you can let the company, nay, the entire world know all about it via their own apps. Uber and Lyft’s mobile apps offer customers the chance to rate and review their drivers. That way, customers are able to crowdsource the collective judgement of anyone who has ever purchased a ride from a particular driver.

Price controls may lower official prices, but they don’t lower costs. One example of this would be when a taxi driver feels that the money he will earn by taking you to your destination is not worth his time and gasoline. Perhaps there is too much traffic in that direction, it’s a dangerous part of town, or the road leading there is littered with potholes.

Prohibited from negotiating the price to make the ride worth his trouble, what will he do? For those born this morning, it’s not unheard of for a taxi driver to take the longest route possible to increase the length of the trip, making your overall cost higher and defeating the purpose of a price ceiling. More sophisticated cheaters may even adjust the taxi meter to make the price go up faster than is permitted by law. If you leave a wallet or expensive phone behind, a driver who feels cheated may not try to return it to you.

All of these issues would be easy to report via the Uber and Lyft app’s driver ratings tool in order to warn future passengers and even the company itself about subpar employee. Good luck calling the local Big Yellow Taxi company and complaining about Sid your unscrupulous driver.

With licensing boards and corporate commissions come monopolies, and with monopolies vanish better consumer options. Today, Uber, Lyft and other companies are using the monopoly status of traditional taxi companies to do an end run around a bloated and unchanging relic of an industry. That’s a good thing.