On Sunday, a SpaceX Falcon 9 rocket out of Cape Canaveral, Florida disintegrated 29 miles above the earth in the latest setback for the private aerospace company founded by Elon Musk. It was carrying more than 4,000 pounds worth of food, water treatment equipment, and other supplies intended for astronauts aboard the International Space Station.

Fifty-four years ago on May 5, 1961, Alan Shepard became the first American in space aboard NASA’s Freedom 7 spacecraft. Three weeks before him, Yuri Gagarin and the Russians beat the United States with the world’s first manned spaceflight.

To the moon and…

The great Space Race between the United States and Soviet Union arguably ended with the Apollo 17 lunar mission. That was the last time humans stepped foot on the moon or traveled beyond low Earth orbit—an area that makes up the altitude of between 99 and 1,200 miles above the Earth. 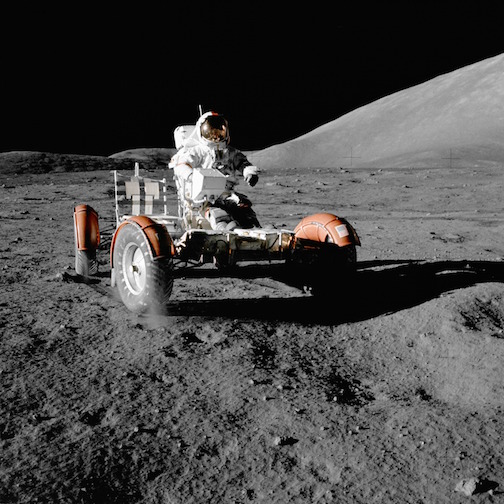 A lot has changed in spaceflight since those days. For starters, the United States no longer has a space shuttle capable of putting humans into orbit. But SpaceX, a private space venture, soon will have that capability. Several others are likely to follow—be on the lookout for XCOR Aerospace, Virgin Galactic, and Blue Origin.

It costs the U.S. government about $90 million per launch to put the Falcon 9 into space—a bargain by most standards in an industry where rates can reach up to $400 million for a single launch. And while private spaceflight companies like SpaceX and Virgin Galactic deal with mounting criticism over the loss of both human life and expensive cargo over the past year, there’s reason to be optimistic.

A new frontier for the final frontier

Private spaceflight is dreamed up, funded, and managed by entrepreneurs with real skin in the game. Elon Musk, while far from the patron saint of rugged individualism, is an American (and Canadian) visionary. So too are Jeff Bezos of Blue Origin (you might know him better from Amazon) and Richard Branson of Virgin Galactic. These are not just the people we want, they’re the people we desperately need to breathe some fresh air into the retooled American space team.

These are innovators with individual aspirations that reach well beyond lower Earth orbit and into the outer reaches of deep space. They aren’t bureaucrats and politically appointed administrators with near limitless funds and statutorily limited accountability. They’re you and I, people with hopes and dreams whose investments comes with real risks and even more real consequences.

They’ll make mistakes, there’s no question about that. But rest assured they’ll feel the pain of lost investments and damaged reputations. They’ll adapt faster and smarter because their survival depends on it, and they’ll compete with each other to become America’s brightest hope in the final frontier.

In 2015, as China prepares to land additional rovers on the surface of the moon and Russia makes plans for a manned lunar mission by 2030, it’s difficult to predict who the next Alan Shepard, Neil Armstrong, or Yuri Gagarin might be. But as healthy new competition continues to surge, our next generation of space heroes may be too numerous to remember their names by heart. I think that’s a good thing.

“It suddenly struck me that that tiny pea, pretty and blue, was the Earth. I put up my thumb and shut one eye, and my thumb blotted out the planet Earth. I didn’t feel like a giant. I felt very, very small.” -Neil Armstrong