There are no guarantees. If you take the risk, you may end up in a bed with sheets that aren’t quite clean. You may find out that pillows aren’t included or that, gasp, there is no hot water in the shower. But at the end of the day, you’ll still pay an incredibly small fee for being able to sleep securely with a roof over your head in a faraway foreign land.

That’s right, I’m talking about staying in hostels. If you’ve stayed in enough hostels, chances are you’ve had a few imperfect experiences. From moldy blankets to broken toilets, the experience of staying at a hostel is somewhat unpredictable. But one thing is for certain: good or bad, you are likely to only spend a tiny fraction of the money you’d spend at a traditional hotel room of similar quality. 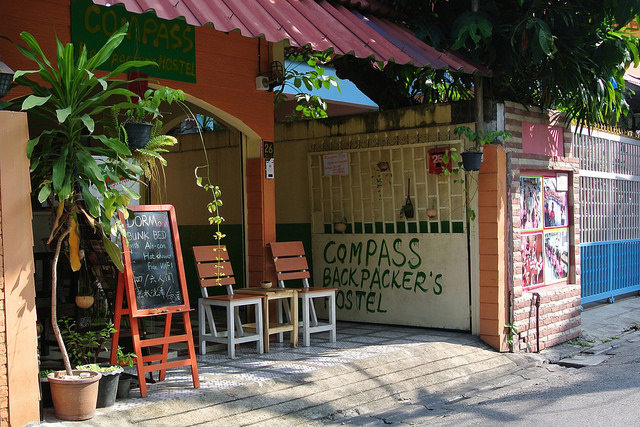 For those who don’t know, a hostel is essentially a communal version of a hotel. Anywhere between two and perhaps twelve people can be given beds in a single room, all of whom could be complete strangers to one another. Your bed at a hostel usually consists of the top or bottom half of a small bunk bed with a thin mattress. If you check in late or during a busy weekend, you’re likely to get stuck with a top bunk, because it’s first-come, first-serve. You generally claim your bed by throwing your bags on top of it or otherwise making it look as though someone has been there. Simple enough?

You share a bathroom, either a single unit in the room or a multi-unit hostel-wide bathroom down the hall. Often times, you won’t be provided some of the usual amenities a hotel might provide such as soap, shampoo, or even a towel. You might be given a key to your room, or it might be left unlocked the entire time you’re there. Typically, a hostel will provide you with a small locker to put your valuables in, but the lock itself may not be provided. Therefore, the frequent hostel traveler should always come prepared with one.

If you think about it, a hostel is a government regulator’s dream. Strangers sleeping in the same room together? Unlocked rooms? No breakfast-in-bed? Surely there must be laws and regulations that prevent businesses from offering such insufficient services to tourists, right?

Not yet, at least in the diverse world of hostels. And so far, it seems, we’re just fine with that.

The truth is, the vast majority of hostels provide exceptional service to their guests, and charge a very low nightly rate.

But apart from being inexpensive ways to get some rest, hostels serve as social melting pots with interesting people from faraway lands sharing stories under one roof. The multilingual din of a hostel lobby is sweet music to the adventurous traveler’s ears. I don’t have enough fingers and toes to count the number of times I’ve stayed at a hostel and left with more than one new friend, often times a member of the hostel staff. That’s right. Me. Making friends. Go figure.

What hostels lack in amenities and spacious personal rooms, they make up for in quality human interaction and price. If you want to truly get to know the city you’re visiting and get genuine recommendations from locals on where to go to eat, drink, or just learn about a city, you should stay at a hostel. In fact, there’s a chance you’ll end up going to whatever place you want to see with the staff member you asked, because that’s just how friendly they tend to be. Try getting that service as a big fancy hotel chain.

Essentially, hostel owners have discovered a commodity that people want and that doesn’t cost a penny to provide. That commodity is genuine and thoughtful human interaction. It’s the restaurant recommendation you get from the staff member who grew up nearby and knows the chef. It’s the advice on the best and cheapest way to get to the museum you want to see–the way the locals would get there. And it’s the map the girl at the front desk painstakingly drew up on a notepad for you to help you get to your next destination. And you’re too cheap for GPS.

There’s a veritable Hostel Revolution taking place, and great new hostels are popping up everywhere. The amenities offered by hostels are increasing, too. More and more hostels are beginning to offer free breakfasts, clean towels, or even a free adult beverage as one of my favorite hostels in Chengdu (Flip Flop Chengdu) does. Some have become downright luxurious.

So how is this all possible? One word: competition.

Hostels are popping up in every major city in Southeast Asia, and even in some rural places. Frequent travelers utilize online review websites and forums where they can rate their stay at a hostel and even provide pictures and other details of their experience. If a traveler is nervous about the quality of a hostel room, she can choose to stay in one with dozens of great reviews. The more adventurous traveler can choose to stay in a newer hostel with fewer reviews, hoping the risk will pay off. It often does.

The point is, there’s an option for everyone. And because most governments in Southeast Asia have so far avoided passing misguided “consumer protection” laws, hostels and their guests are thriving. It also helps that hostel industry leaders have apparently thus far resisted establishing government connected cartels to increase the cost of doing business for their competitors. Let’s hope it stays that way, because we’re all better off for it.

In the meantime, let’s travel the world together on a budget, there’s a great place in northern Vietnam I’ve been wanting to check out…