There’s an odd habit I’ve developed over the years that leads me to uproot and move many thousands of miles away from home when opportunity or urge strikes. This habit of mine prompts a great many questions from friends and family about my future plans, current interests, and the state of my mental wellbeing or lack thereof. They are worried about me for various reasons, sometimes empathetic and other times schadenfreudean.

Commiserating is a favorite pastime of human beings. Even when we have no misery to share between us, we’ll often fabricate some just for entertainment purposes. It’s a masochistic little game we play, but one which we are probably all guilty of from time to time.

The workplace is fertile ground for this type of behavior. No matter how well things may be progressing along at work, everyone can readily produce the details of some impending crisis when prompted. We like being in crisis-mode, and we like it even more if fellow humans will join us in worrying about the crisis—even if no solutions are ever offered, and no real crisis exists.

Fifteen plus hour one-way flights to faraway foreign lands are like billboard-sized, neon-lighted invitations for would-be worriers and commiserators. It all begins with packing. I will never understand the logic behind the question, “So have you packed?” being asked one full month or more before departure, but I’ve come to expect it and tolerate it. “No.” will usually suffice. I don’t fully know what my wardrobe will even consist of a month from now, and I figure I’m due for a few more wash cycles between now and then anyway.

But it doesn’t end there. Where will you stay? What will you do? Isn’t it dangerous? Aren’t you nervous? Why do you hate America?

All good questions, to be sure. Not all of which I have complete and logical answers for either, although I try. And while it’s reasonable and smart to devote some mental resources toward worrying about the details of a few of the questions that arise, most of them I can safely let enter one year and exit the other while nodding and smiling. Some would call that a reckless attitude, but I believe there’s a method to my recklessness. 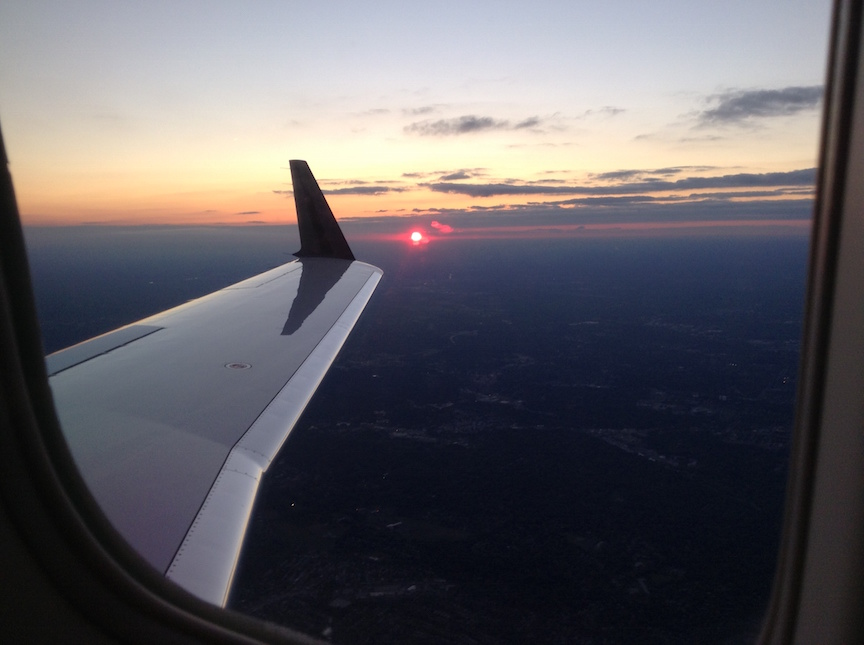 Despite the many life-flipping aspects of moving overseas on little more than a whim, there are actually very few things worth worrying about prior to departure, and most of them can be taken care of during the final two weeks before the flight. My list of worries worth worrying about in no particular order looks something like this:

That last one might sound flippant, but it’s actually important to me, and it helps to show that not all things worth worrying about are giant, sweaty palm-inducing stress monsters. On a 20+ hour flight, my feet and ankles swell up like the Goodyear Blimp unless I get up and move around the cabin every few hours. If I get stuck with a window or (God forbid) a middle seat, I’ll survive, but the poor person next to me probably won’t be thrilled with my frequent exits to do calisthenics in the aisle next to the lavatory.

Our brains are unfathomably powerful. Recently, a Japanese supercomputer successfully mapped one second of human brain activity—but it took 40 minutes to do so. There’s no doubt our brains are capable of handling a multitude of worries in varying degrees of seriousness at the same time, but there is a point at which returns begin to diminish. Valuable mental resources should be reserved for truly important things over which we have some semblance of control.

As I see it, probably 90% of the things we spend time worrying about are complete wastes of mental resources. In other words, you might as well use those resources to worry about whether a life-destroying comet is going to impact the earth next week or if the Cubs will ever win another World Series. Neither of which is probably and both of which may give you an ulcer (sorry, Cubs fans).

To successfully fend off unnecessary worries either from within or from the daily onslaught of worried questions from friends and family, I find it useful to have a system of classifying worries in order to know just what to do with each one. As I see it, there are two types of worries:

When am I going to get married? How will I ever be fluent in a foreign language? What will I do when I eventually graduate from college?

If you expend valuable mental resources meticulously answering all those questions, unpredictable events and circumstances will likely intervene and derail all of all them before you can carry out your plan. Even long-term worries which have some merit can and should be broken down into smaller, short-term, solvable problems.

Tangible worries have much higher rates of return for the brain resources being used. Using the overseas trip as an example scenario, they might look something like this:

What hotel are you staying in when you arrive? Is the food in that country suitable for you? What type of clothes should you pack given the climate there? What favorite snack of yours that you can’t live without does that country lack?

As you can see, tangible worries have the added benefit of being a lot more fun. I find trying weird new foods to be challenging and exciting. So while bizarre foreign foods isn’t something I have to worry about necessarily, I enjoy thinking about it and even researching a few signature dishes before I wander off to some foreign country.

Amorphous worries have a tendency to produce a disproportionate amount of stress because they aren’t amenable to concrete, actionable solutions. The result is analysis paralysis which doesn’t help anyone, and leaves the tangible worries without solutions that would otherwise be readily available.

The next time someone tries to heap unsolicited worries on your plate, be sure to categorize them before devoting even the smallest amount of mental resources to thinking about them. Your overtaxed brain will reward you with a little more peace and serenity even when the road gets rocky.

“I am an old man and have known a great many troubles, but most of them never happened.” -Mark Twain