Christmas is right around the corner, which means the yearly ritual in which people try to out-grinch one another by bemoaning the abundance of Christmas songs on the radio has reached fever pitch. As far as I’m concerned, it’s the grownup version of 8-year-olds who think it’s cool to root for the villain in every TV show and movie they see just to get a rise out of people.

I won’t name names, but you know who you are. As Dr. Seuss would say, “you’ve got garlic in your soul.”

Frankly, I think the vast majority of people who outwardly loathe to hear Christmas music actually enjoy it, and probably listen to it in the privacy of their homes when no one is around to see. If you don’t believe me, I defy you to listen to John Williams’ version of Carol of the Bells (the version from Home Alone) and not feel a little bit inspired.

But whether you like them or don’t, the incredibly large volume of popular Christmas songs is something to marvel at. Christmas represents just one day on the calendar. It is the celebration of a single event, the birth of Jesus Christ, which occurred over 2,000 years ago. Yet I could tune my radio to the local Christmas music station and I think I’d be less likely to hear a song repeat in a day’s listening than I would at an equivalent Pop or Rock station.

Sure, there’s probably 75 or so true Christmas carols that have been remade a dozen or more times over, but every few years we add yet another classic song to the Christmas lineup. They just keep coming.

So what gives? Why is a single day responsible for so much creativity and, indeed, profit?

If you ask me, it all boils down to expectations. The Christmas season is all about lofty expectations, from everyone. Children everywhere expect the utter magic of Santa shimmering down their chimney to deliver them presents. All of us, young and old, expect to receive incredibly cool or just plain touching gifts from our loved ones. We expect to be mesmerized by the displays of lights up and down the streets. We expect the enchanted aroma of a warm pumpkin pie fresh out of the oven or the cozy-crisp scent of pine. We expect to be utterly entranced by the healing warmth of a fireplace. 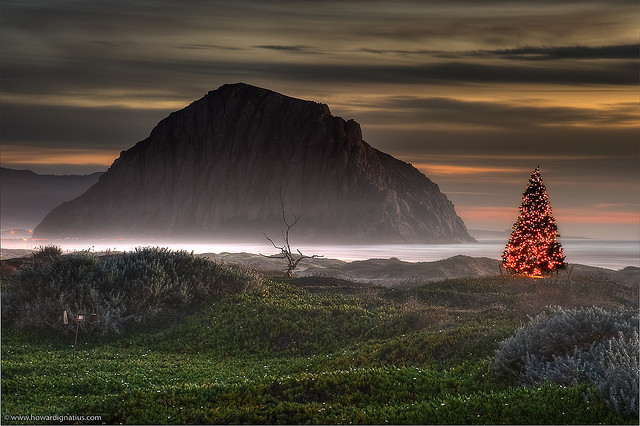 Looking beyond Christmas, our expectations grow larger. A new year comes. A fresh start. New goals. For one month out of the year, we become dreamers again, and optimism exudes from our pores.

It’s that spirit and not the actual event we’re supposed to be celebrating that’s responsible for so many great Christmas songs. In short, the Christmas season is a boon to the creative and entrepreneurial spirit, whether that’s in composing songs or starting a new business.

I don’t have any figures to back it up, but I’d be willing to bet that an unusually high percentage of great business ideas are conceived during the month of December. It’s a time to create, be daring, and expect big things.

But the energy and optimism that quickens the spirit during Christmas doesn’t have to exist only one month a year. Everyone can recreate that feeling every morning, and in doing so, maintain optimum performance all year long. If you aren’t sure how to do that, try listening to Tim Ferriss’ great interview with Tony Robbins where Tony discusses his morning routine  (Begins around the 19:00 mark of episode 1).

But whatever you do, make sure you take advantage of the magic in the air this time of year and create create create. Who knows, you just might have the next big hit.