But voting itself has no intrinsic value. Citizens can just as easily vote for someone or something that is terrible as they can vote for good. After all, in the July 1932 Reichstag elections, German voters gave the up-and-coming Nazi party a plurality of seats with 37.4% of the total vote. It’s safe to say a lot of Germans were in over their heads on that Election Day, and maybe the world would’ve benefited from a low voter turnout.

I don’t blame those German voters in 1932 anymore than I blame American voters in 2016 for settling on two highly undesirable candidates. The truth is, voting is hard work–never more so than it is today. If you’ve ever filled out an entire general election ballot from top to bottom with confidence that you know each measure and each candidate well enough to make a decision, you’re a liar.

Because it’s impossible. No sane person no matter how civically inclined can speak with authority about every proposition, amendment, justice of the peace,  county supervisor, city manager, school board member, or mine inspector in a single election.

Yet you still vote for one of them, don’t you? Be honest.

Jay Leno created an entire genre of late night comedy sketches whereby hosts or one of their correspondents roam the streets somewhere (outside the studio will do) asking passersby elementary level civics questions. It was often as simple as holding up a picture of the Vice President of the United States and asking, “Who is this person?” He called it “Jaywalking”. 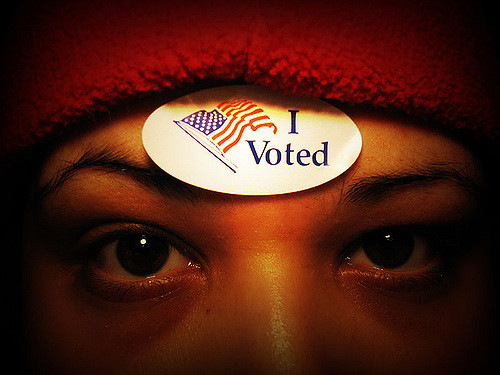 In these bits, the respondents, in staggering numbers, are unable to answer “common knowledge” questions correctly or even come close to what could be considered a reasonable guess. Yet over 50% of them are voting in elections. That’s terrifying.

Few Americans want to be seen a week before a national election not knowing who they’re voting for. After all, we’ve created institutions that teach us it’s our “civic duty” to vote, which shame those among us who decline to participate for one reason or another. “Vote or Die” goes one such campaign. How’s that for light prodding?

These “get-out-the-vote” campaigns are never paired with educational ones to prepare voters for the types of increasingly complex issues on ballots. And it’s deadly serious business, voting.

To cast a vote is to directly impact to some degree the income and liberties that define the quality of people’s lives we’ve never met and likely never will meet.

Having never met them, it’s also likely we’ve never walked in their shoes or have the faintest idea of their unique struggles. A business owner, an airline pilot, or just a parent trying to raise their kids and give them a proper education.

Have you given enough thought to the system you’re designing for them to live within through the force of your vote?

Many active voters never pick up a newspaper, read a book, set a budget, start a business, or pay property taxes. Truthfully, I don’t expect everyone to dedicate a portion of their week to reading a book on political philosophy or weighing the pros and cons of various approaches to foreign policy. We’re busy living our lives! Yet too often, the same people who never pick up a book or a newspaper are shamed into voting on issues they know nothing about.

They’ve been trained to see it as their moral obligation, and proudly press the “I Voted Today” sticker conspicuously onto their shirt pocket for all to see.

Would we take this same approach to encourage anyone and everyone to exercise their right to keep and bear arms, regardless of their mental fitness or marksmanship?

“Arm or Die” we might call the campaign. At 18, they’d infiltrate college campuses and shame students into buying and carrying firearms as often as possible. “It’s your civic duty!” they might shout.

Arm or Die, not unlike Vote or Die, wouldn’t bother with the educational aspects of handling a potentially life-altering tool like a gun.  After all, the moral basis for such campaigns is the mere exercising of rights, even if done so recklessly. 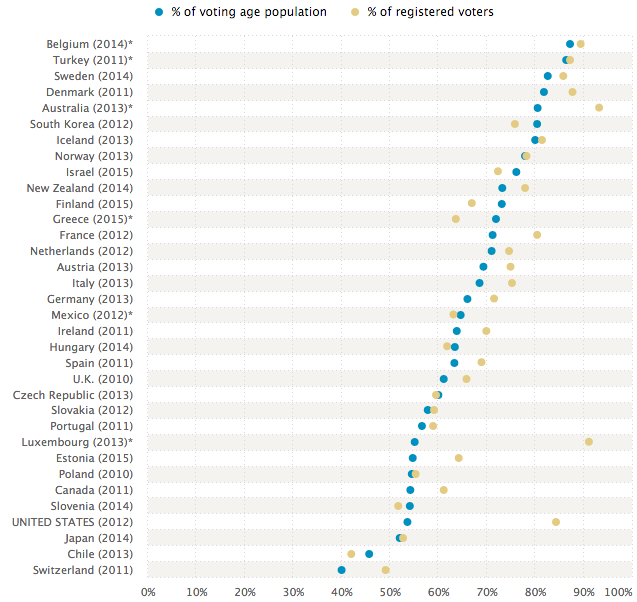 Immigrants to the United States are required to take a naturalization test—a 10-question civics exam with questions such as “Why did the Colonists fight the British?” Approximately 93% of immigrants pass. Native-born Americans taking the same exam? Sixty-five percent.

That’s depressing, but it’s not surprising given the ubiquity of “Jaywalking” type segments with Americans who think Abraham Lincoln was our first president and JFK was assassinated by John Wilkes Booth.

Voting today presents an overwhelming potpourri of complex issues that tests the civic acumen of even the most engaged American voter.

With the demands of work and personal life, who has the time to dedicate the hours necessary each week to keep up with the dizzying number of issues on the average American ballot? I’d argue that the number is less than 1% of the population.

Today we’re left with what a majority believe is an awful choice on election day, and I can’t help but wonder how things might be different if fewer people decided to vote in the party primary elections over the past year.

To the majority of voters: Please, put the gun down.