Tesla doesn’t play nice. When it comes to industry neighborliness, Tesla is the one guy in the cul-de-sac who insists on painting his house an association-prohibited shade of green. But if you thought homeowner’s associations were power hungry, try state dealer associations.

Tesla isn’t into doing things “the old fashioned way.” From being the first viable car manufacturer not featuring a standard combustion engine model to selling their vehicles without the aid of dealerships, Tesla is a stubborn outlier. The trouble is, in the car sales industry, outliers are usually punished.

In the recent past, cars in shopping malls were limited to temporary sweepstakes and “enter-to-win” contests. Nowadays, you can kick the tires on a zero-emission electric vehicle in between finding a new pair of bluejeans.

That’s right, if you live near a major metropolis, you may have seen one of Tesla’s “stores” pop up in the local mall. Only, depending on where you live, it may not be a store at all. 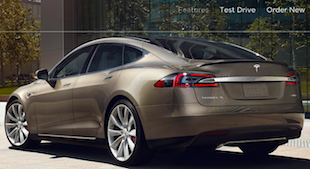 Many of Tesla’s “stores” are actually something they refer to as “galleries” where no sales take place at all. So what in the world is going on inside storefronts featuring cars that aren’t actually for sale? That’s a good question, and the answer might depend on what your zip code is.

At a Tesla gallery, you can see and do just about everything related to Tesla vehicles short of purchasing one. You can even design your dream Tesla to your exact specifications on a touchscreen monitor and watch an informational video about the company. In fact, the one thing you can buy is some Tesla swag, if that’s your thing. Collared golf shirts and caps emblazoned with the T-logo are proudly on display.

Just don’t ask about financing options or if you can put a shiny new Tesla on your American Express Black Card. Employees are carefully instructed on what they can and cannot talk about it when it comes to the actual sale of the vehicle. Even a test drive is a touchy subject. At many Tesla locations, interested individuals are only able to sign up for one at a future date and in a separate location.

You see, companies can’t just sell cars anywhere. And they can’t be just any company, either. There’s a process. One that Tesla, so far, refuses to follow in spirit—to the benefit of its customers and the chagrin of traditional dealers.

Not unlike the taxi industry, the car sales industry is dominated by dinosaurs who know the rules better than scrappy newcomers. After all, they wrote them.

Tesla’s CEO Elon Musk, however, seems to be beating them at their own game. With galleries functioning as glorified 3-dimensional advertisements, smitten window-shoppers are led to consummate their purchase at TeslaMotors.com.

It remains to be seen if Tesla will succeed in transforming an industry that has hardly budged in half a century or more, but change seems to be in the air. In the long run, dealers associations and their teams of attorneys will have to learn to compete, not complain, if they’re to retain customers.

With a volunteer army of loyal admirers ranging from tech-enthusiasts to green energy advocates, Tesla’s anticompetitive detractors stand athwart innovation at their own peril.