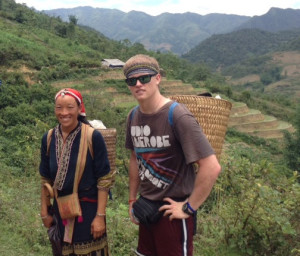 Before I ever stepped foot overseas or even had much of a desire to travel very far, I was forced to watch the film adaptation of the book The Ugly American. I had enrolled in a political film class (huge real-world value there..) at Arizona State University and The Ugly American was probably the film I least looked forward to on the semester’s schedule. END_OF_DOCUMENT_TOKEN_TO_BE_REPLACED