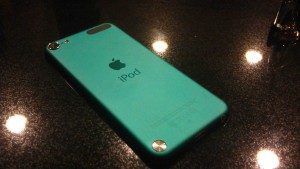 Today, Apple is set to unveil its latest and greatest products to the swooning masses of Apple addicts everywhere of which I am, somewhat reluctantly, a part.

It’s anyone’s guess what will be revealed at Apple’s big event in Cupertino, but if the “surreptitiously” leaked photos (expertly timed to create a perfect crescendo of anticipation at just the right moment, I might add) are any indication, a new iPhone is likely to make an appearance. Rumors also suggest that Apple could revolutionize the techno-gadget industry once again with a new product, the iWatch. Not to take our eye off the ball, though, the most important product Apple may be unveiling is… drumroll… you guessed it, the new iPod. END_OF_DOCUMENT_TOKEN_TO_BE_REPLACED