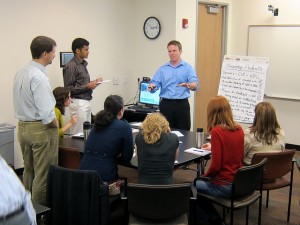 Like little contagions in the conversational ether, they strike when we least expect it, reprogramming our brains for a lifetime of mispronounced words. Nowhere is safe. Even movies, advertisements, and talking heads on TV often (more on this word later) get some of the most commonly spoken words wrong. END_OF_DOCUMENT_TOKEN_TO_BE_REPLACED