Over 99% of the world believes that everyone who’s in charge and doing big things in life is a genius. They assume that anyone realizing significant success on their own must’ve been born with natural advantages that the rest of us couldn’t possibly match.

He was born into a rich family. His dad has connections. She got lucky and was accepted to a really good school. She’s just naturally smart.

We like to tell ourselves these things because we think it makes us feel better, and in the short term, maybe it does offer some cold solace. But in the long run, they are nothing more than weak alibis to explain our inability to match the success of others.

The problem with alibis, though, is that our minds come to view them not as the trumped-up nonsense they really are, but as inescapable fact. With sufficient excuses in hand, there’s no longer any reason to bother trying at all. Doing so would be futile, what with all the geniuses running things and what not.

But if it’s only geniuses running the world, how did we end up with so many problems everywhere? You know, the stuff you complain about on a daily basis.

Wait, you don’t? You think like the rest of us that most politicians are inept and often corrupt buffoons? Well that’s a relief, but then how did they get to where they are at the top of the political food chain?

The answer is guts. Chutzpah. Grit. Brass balls, if you will. And not much else. Superior intelligence? I’ve seen little evidence of that in the United States or elsewhere. Correct me if I’m wrong.

Yet we still cower behind our cubicles, fearing anything different from the outdated paradigm handed to us at birth. We are hypnotized by the automation of the two-week paycheck cycle. Lulled into a deep slumber by the simplicity of it all. It’s too easy. And who wants to compete with geniuses anyway?

Slowly but surely, this mentality saps our energy, our drive. We stop dreaming. As a result, no one tries to do anything on their own. They do what everyone else does and allow themselves to be quietly neutered of their dreams. They become content with the 9-5 desk job they swore they’d never accept in their “youth”. 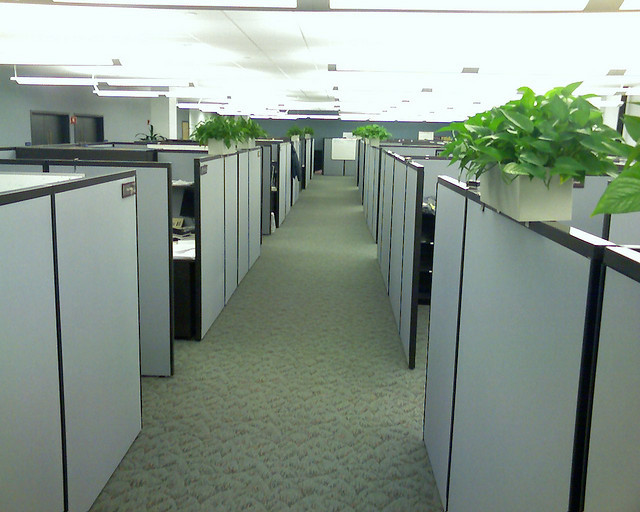 The truth is, that mentality is based on a lie. And the few people with the guts to challenge that lie who decide to try to make it on their own are usually shocked to find out just how easy it is.

You see, when over 99% of the world has effectively laid down and decided to roll through life on cruise control, you’re only competing with a fraction of a percent of the world. At your 9-5 desk job? You’re competing with the 99%. Good luck with that.

There’s no reason anyone in the year 2015 has to work for anyone else’s dreams. Fifty years ago we all had to go to someone who owned a factory, an office building, or a team of experts. Essentially, we had to go to someone who had already established themselves and had access to the means of production. Today, the means of production are in your pocket in the form of your smartphone of choice. With it, you can do almost anything. The barriers to entry to any market anywhere have been effectively leveled. It’s time to bet on yourself, work on your dreams, and do it on your terms.

As for the geniuses, well, in the words of the scantily clad Leonidas from the movie 300, “We’ll put their names to the test.”