I’m going to attempt to explain to anyone, but especially teachers, why Americans (not just Arizonans) are increasingly reluctant to increase spending on government-run schools. I’m going to do my best to stay away from statistics (but there will be a few) because they are simultaneously overwhelming and limited. I say that because the vast majority of statistics available are put out by mainstream media and teachers’ unions.

Whatever you think of teachers’ unions or the media, they are undoubtedly biased in favor of more spending on government schools, not less. As a result, they churn out a dizzying array of statistics every year supporting their cause. The two largest teachers unions, the National Education Association and the American Federation of Teachers spend about $700 million dollars annually to produce favorable statistics and fund lobbying efforts. To put that in perspective, the NRA spent approximately $419 million in 2016 (their biggest annual expenditure ever).

Data on how much each state’s teachers unions spend is hard to find (probably deliberately so). But to provide some perspective, in 2013-2014 California’s largest teacher’s union (yes, there are multiple) spent $24.2 million.

I use the term “government education” to be precise about the problem. It seems that the farther away we get from government schools, whether it be public/private combination of charter schools with greater autonomy from government or fully private schools, the more the quality of education goes up. Americans simply trust non-government schooling more, and there are a lot of good reasons to support that feeling, including test scores.

To put it nicely, American students are getting utterly trounced on the world stage. In math, 29 nations outperformed the United States by a statistically significant margin. That’s up from 23 nations just three years ago. In other words, we’re in free fall. Reading and science scores aren’t much better.

So what is working?

Stanford University’s Center for Research on Education Outcomes recently released a report that showed more good news for charter schools. “Across the 41 cities studied, students in charter schools learned significantly more than their peers attending traditional public schools – 40 more days worth of learning in math, and 28 more in reading.” 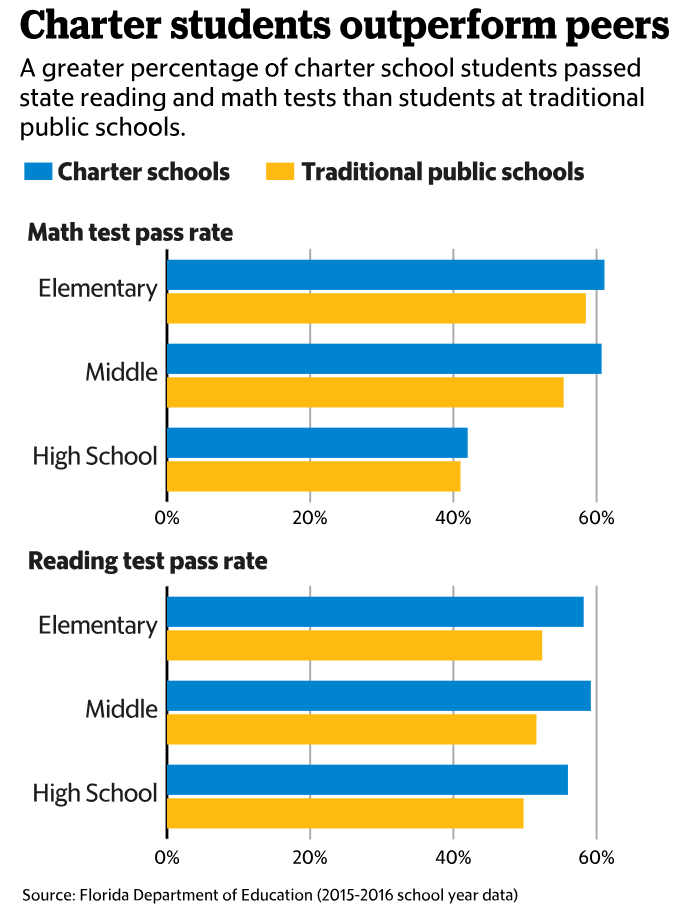 As for private schools, results get even better, but just try finding data on SAT or ACT score comparisons between public and private school students. It’s extremely hard to find real data (again, this is probably deliberate), but no one really disputes that private school students consistently outperform their public school counterparts. According to the Center for American Private Education (CAPE),  the private school advantage remain[s] steady across all [ACT] subject areas:

Trust me, I would love to find a “non-biased” source for that statistic (CAPE is an advocacy org for private schools) in some mainstream American newspaper, but it just doesn’t exist. They won’t publish it because it goes against their narrative. But those numbers are pretty staggering, no?

The politicization of public schools

The other big reason people are so hesitant to give more money to public schools is that they believe their children are being politically indoctrinated to believe things their parents disagree with. There’s a lot of evidence suggesting that’s true. Take a look at this story about a public school in Illinois where students are forced to spend an entire day essentially promoting left-wing causes including discussions on “trans-people of color navigating the U.S.”. Does that seem normal or productive to anyone? 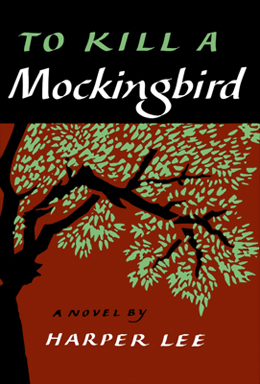 In Los Angeles, sex education programs in public schools are starting as early at the 4th grade. A lot of parents disagree with that, but most have no choice but to send their children to public schools. In Minnesota, some public school students have programs designed to teach them all about the concept of white privilege.

Harper Lee and Mark Twain have been removed from the curriculum at Minnesota public schools because the content of their books can make students feel “humiliated or marginalized”. School districts in Mississippi are doing the same. None of this is normal, and it’s actually quite scary.

Teachers are caught in the middle

What’s unfortunately happening now is a lot of people who disagree with some of the things happening in government schools have turned on the teachers themselves, and that’s not really where the problem lies. Nor is it true that across the board, teachers are doing a terrible job and/or are politically indoctrinating our kids. It goes without saying that a great many teachers in government schools are doing a fantastic job with the few resources they have. Teachers are working within a fatally flawed system that people think is failing American kids.

On the other hand, it’s true that in some states, it’s nearly impossible to fire public school teachers. In New York, they have designated “rubber rooms” for teachers who have been found guilty of various fireable offenses but cannot be fired because of the power of the teachers unions. So, they continue to collect their salary while not teaching.

These are exceptions to the rule, but it is happening and Americans perhaps rightly assume that the occasional news articles about these problems are just the tip of the iceberg.

Most Americans agree that we pay too much in taxes, but that shouldn’t be the singular rationale for opposing increases in school spending. After all, a lot of our taxes go toward funding by far the biggest military in the world, and there aren’t a lot of people complaining about taxes going to that. In reality, the issues plaguing our schools are much deeper and more complex than most people have the time to study and articulate properly.

We could start with why we need a federal Department of Education in Washington DC to tell educators in Arizona or any other state how to educate their student population.  Supreme Court Justice Louis Brandeis is famous for coining the phrase “laboratories of democracy” to describe the ability of states to conduct their own social and economic experiments in order that we might find the best possible methods. We can no longer do that with education since the creation of the Department of Education 1979. It should be abolished and the states should take up greater responsibility in how their students are educated.

But whatever we do going forward, including possibly increasing funding for public school teachers, there has to be standards. The teachers unions in charge of “RedForEd” totally oppose any attempts to evaluate teachers based on merit. Bad teachers should be easy to fire and good teachers should be easy to hire. That is simply not the case right now, and there would undoubtedly be plenty of teachers who would lose their job of ten or twenty years if standards were imposed. That’s tough, but it’s reality in just about every other industry in the world, and it works to make the cream rise to the top.

As for teaching credentials, they should be relaxed. It doesn’t make sense to require teachers to spend tens of thousands of dollars going to a four-year university (and sometimes beyond) and then pay them a salary that makes it almost impossible to ever pay off that debt.

But clearly, the college degrees they’re taking home are doing very little to improve the quality of the education they provide. I think it’s safe to say that more teachers today have college degrees than at any time in history, and yet results for our students have plummeted. Charter schools and private schools should and often do have the flexibility to hire qualified teachers whose life experience credentials are much more valuable than today’s college diploma.