Napoleon Hill called it a “hypnotic rhythm”, but you might know it better as a “rut”. Getting in a rut, as we call it. It’s when we get stuck in a pattern of monotony, repeating and perfecting our mistakes until they become part of a muscle memory of subprime performance. Maybe they don’t even qualify as mistakes, maybe it’s just a less than optimal method of living. We accept the first few instances of it, promising ourselves it’ll change when the time is right. But before we know  it, months or even years have passed. We’ve adapted to the mediocrity. Grown comfortable with life’s imperfections. Rather than push through it, break those patterns of thought, we prefer to be passive. This is life, after all, right? 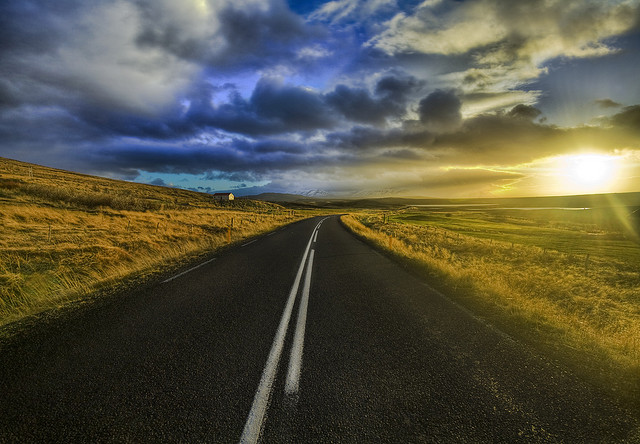 Life has a way of lulling us into complacency to accept less than we deserve.

So what’s the way out? How can we rekindle the fire, empower passions, and live the lives we’ve always dreamed of?

The answer may be a well-timed jolt. A preconceived pulse to awaken the senses. I’m not talking about smelling salts or cold showers. I mean a full body blow. Lawrence Taylor’s shoulder to your sternum. That kind of jolt. It should border on the unreasonable. It ought to be abrupt. Make your friends question your sanity a bit.

It’s up to you in what form your jolt may take, but there’s one way that’s near foolproof and that’s a radical change of scenery.

I don’t just mean moving into a new apartment a few blocks away, I mean going some place that causes you to reevaluate every routine you’ve ever known. Because you need to reevaluate, and maybe you’ve forgotten exactly how to do it.

Your change of scenery should force you to do a full audit of your life and the habits that make up you. Nothing less will do.

How radical your change of scenery needs to be depends on you, but whatever it is, it should be well outside your comfort zone. If that means crossing an ocean to live in a foreign country for a while, even better.

I know what you’re thinking: “But what about my friends? My obligations? A change of scenery like that seems rather irresponsible.” Maybe. But irresponsible to what? To whom? To everyone’s needs but your own? News flash, everyone wants you to stay the course because you help them justify their own mediocrity. You’re not doing your friends any favors by sticking around and helping them to live dull, uninspiring lives. Your change of scenery just may inspire them to make a change for the better.

Human beings are at their best when put to the test. That’s not just true of certain personality types, either. That’s the human race.

As a species, we perform at our best under pressure. And don’t say your best work comes when you have unlimited time and resources because that’s a load of crap. When the assignment is due in a week, you get it done in a week. And when it’s due in two weeks, guess what? You take two. And probably do a worse job at that.

Napoleon Hill was a master at interviewing successful people and discovering “the secret” behind their ability to consistently win. One of the many gems hidden in his book, Think and Grow Rich comes from Thomas Edison, who said “When a man really desires a thing so deeply that he is willing to stake his entire future on a single turn of the wheel in order to get it, he is sure to win.”

Where will you turn your wheel?

Editor’s note: Links in this post are affiliate links, which means a small percentage of any sales made go to help fund this website. Thanks for your support.