The Macbook Air has arrived and things may never be the same again. As I mentioned in a post a couple weeks ago, I recently made the decision to switch to Apple, specifically a brand new 13-inch Macbook Air.

It’s not a decision I take lightly. My entire computer-using existence until now can best be described as rabidly anti-Mac. I hated the culture, I hated the incompatibility, I hated the high cost. 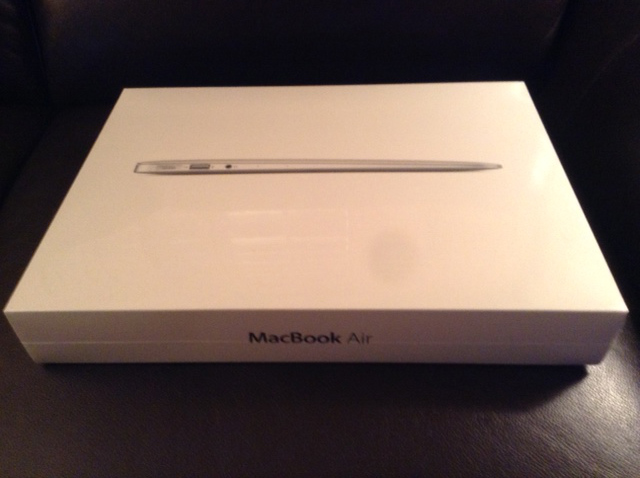 Even the box is cool, how do you throw this thing away?

Okay, I still hate the high cost. But at least now I get it. And the more I use this diminutive device, the more I wonder if I underpaid, not overpaid for it. That’s pretty remarkable, because it’s far from cheap. 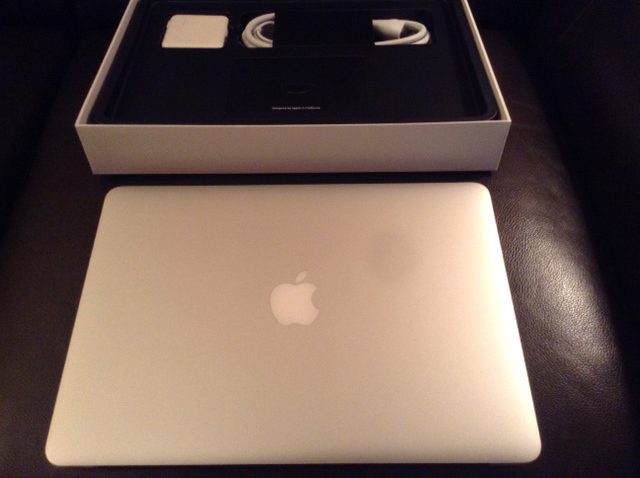 But neither is the design, neither is the ease-of-use. Everything about the Macbook Air is top-notch. Even the packaging is sleek, classy, and made to maximize protection of the Macbook on its long journey from Shanghai (Yes, I tracked it. Every step of the way). It’s been in my possession for over a week now and I still can’t bring myself to throw away the box it came in. Closet hoarder? Potentially.

So, for anyone considering making the jump, or just fellow Mac users curious to hear the opinion of a complete PC turncoat, here’s a summary of what I like best about my new Macbook Air. And I’ll even mention a few things that I think could be improved on.

1. It’s actually smaller than it looks

First, whatever you think you know about how lightweight, thin, and eminently portable the Macbook Air is, think harder. Until you’ve put your hands on this thing, you can’t quite grasp just how compact it is.  it doesn’t matter how many Macbook Air commercials you see demonstrating it’s smallness,  you really have to see and feel it to believe it.

For myself, I even went into the Apple store before purchasing my Macbook Air to take a look, and I was still surprised when I took it out of the box. It is impossibly small, yet large enough to be comfortable to use. 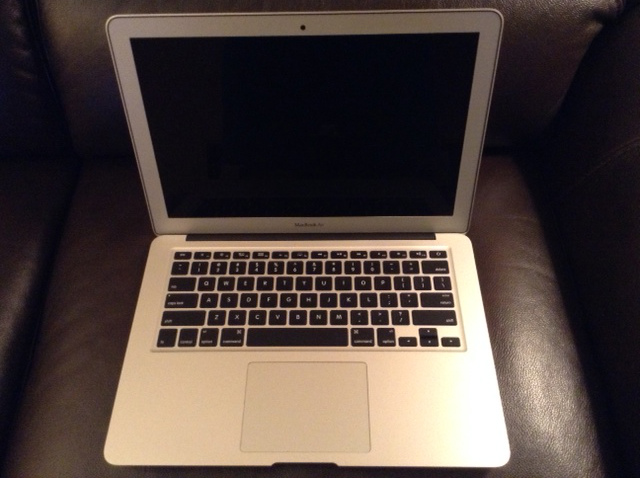 2. Is thing thing even running?

When did Apple invent the totally silent computer? Granted, most computers are pretty quiet these days, but this thing is spooky quiet. Every now and then I find myself muting the TV and holding it up to my ear (with all of about three fingers–lightweight remember?) just to see if anybody’s home. It’s incredible, and it doesn’t quite make sense to me. I suppose part of it is due to the solid-state flash storage with no spinning disk like the old technology. But still, isn’t there a cooling fan? Some functioning sound coming from the processor? Anything? No. The only sound you’ll hear is you banging away on the keyboard (which by the way is pretty quiet itself, and inexplicably easy and fun to use, not to mention backlit). 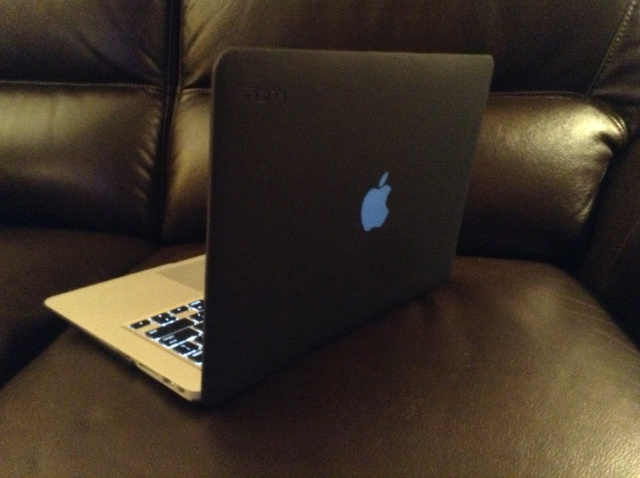 I can’t quite put my finger on what makes a Mac computer look and feel so clutter-free. Something about the layout just screams organization. Despite having more useful apps preloaded than PCs could ever dream of, it looks like you’re staring at a fairly empty computer. For me, looking at a clean, beautiful desktop background is a nice, palate-cleansing way to stay focused without feeling overwhelmed. 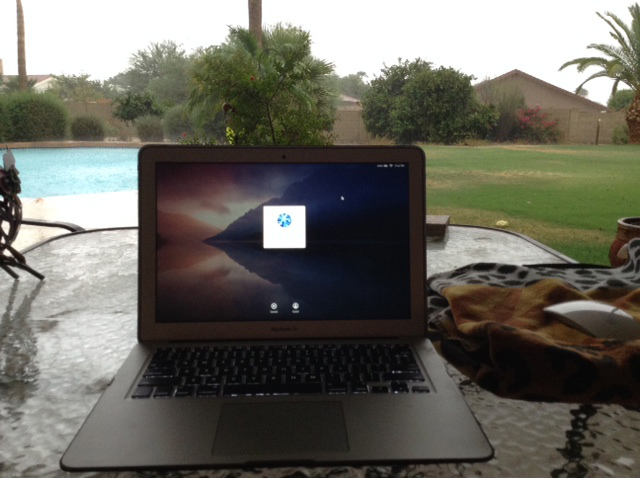 A desert rainstorm and my Mac.

4. Leave the charger at home

Laptops were invented to be portable, minimally-invasive tools to haul around our work or play wherever we go. When I’ve used PCs, that hasn’t always been the case, primarily because I’ve had to lug around a bulky charger to plug in after a couple hours. It somewhat defeats the whole purpose of the laptop when you have to chain yourself to a wall with an open outlet for when the 15-minute low battery warning reveals itself to actually be 2 minutes… and a forced shut down. The Macbook Air boasts a 12 hour battery life on a single charge. That’s remarkable.

I’d become a well-trained PC user over the years, and when I was heading off to a meeting earlier this week with my Macbook, I instantly thought “Where’s my charger?” And then I realized, unless I’m planning on spending the night at the meeting, I’m not going to come close to needing my charger. That’s a huge relief for anyone who likes to pack light.

My internet service provider didn’t change when I bought a Macbook. I’m not any closer to my wireless router. Yet somehow I get full reception at distances where my less-than-two-years-old PC would begin to struggle. In fact, when I look at my WiFi connection options, it looks like my entire neighborhood block is within reach. The names people give their home WiFi networks…

In conclusion, what took me so long?

If I have any regrets about my Macbook Air purchase, it’s that I didn’t do this years ago. How could I be so clueless for so long?

I will say that some websites aren’t perfectly formatted to utilize all 13.3 inches of the Macbook’s display. Despite Apple’s success, still only around 7% of computer-owners use Macs, so not everything will be tailored exactly to suit Macs alone. But for every minor issue like that, your Mac probably has a solution, such as the super-convenient zoom option on the amazingly responsive trackpad. Apple’s Magic Mouse isn’t half bad either. 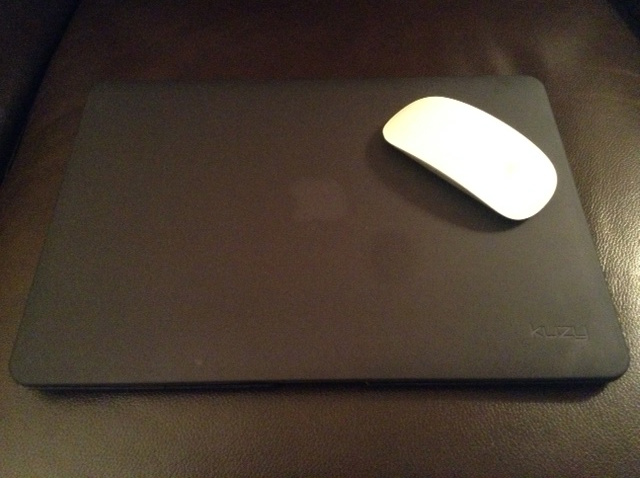 In the end, there’s simply no debate that this is the sexiest laptop ever devised (Sorry Macbook Pro users, you’re a close second). And if you don’t like the space grey exterior, get a perfectly designed case (More like a light yet durable and form-fitting skin) from Kuzy. It’s how I turned my Macbook from grey to a sharp-looking black while retaining the all-important lighted Apple logo on the back.

So long to my PC past. The future looks bright.