He’d come up with a simple scheme. After earning New York rates to receive the trash, he planned to ship it to Louisiana where the cost-per-ton to dispose of it was significantly lower than New York’s. He’d pay Louisiana’s lower disposal fee and make a pretty penny on the difference in cost.

But arrangements had not been formally made with the local trash authorities in Louisiana. Additionally, the contents of the waste were unknown, which led to the barge being turned away by multiple U.S. states, the Bahamas, Belize, and Mexico. The Mobro 4000 spent two months at sea and traveled 6,000 miles looking for a home, creating a media frenzy about landfill space in the process. Johnny Carson joked on the Tonight Show about hauling the waste into the Persian Gulf and dumping it in Iran.

It was riveting television but the frenzy was misplaced. There was no sudden lack of landfill space; it was simply poor planning by a greedy mob boss. The trash was eventually taken back to Long Island, incinerated, and buried. Nevertheless, the Mobro 4000 triggered a wave of concern about waste disposal that led to a recycling boom and a false sense of accomplishment.

A Planetary Crisis In the Making?

In 2008, an animated science fiction film briefly recaptured our attention about the problem that’s been starved of attention in favor of other, sexier environmental issues. Wall-E is the story of a dystopian future in which Earth has been so thoroughly covered in garbage that it’s been abandoned by the human race. 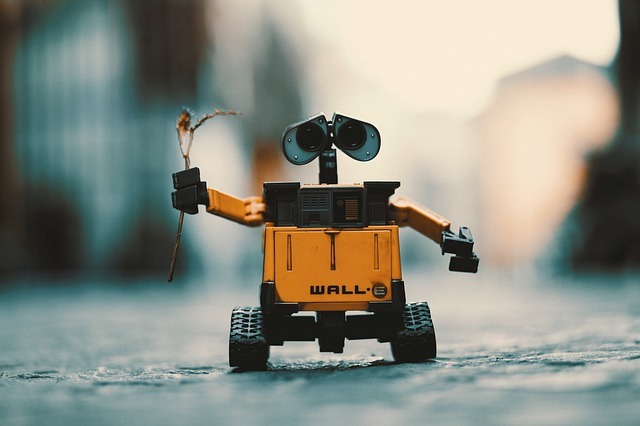 May not be the real WALL-E but it’s close.

Wall-E, the title character and protagonist, is one of the trash-compacting robots left behind to clean up the mess. Surviving humans cruise through space on giant starliners, continuing their slovenly stagnant lifestyle. Earth is a cluttered wasteland. Call it hyperbolic, but Wall-E is a useful commentary about just how wasteful we’ve become as a society, and how we’ve convinced ourselves that the problem is being solved.

Why do Americans produce so much garbage? A few reasons to consider:

We simply buy more goods and produce more waste than the average human, and we can afford to not reuse things.

Packaging has become a major product feature. Plus, buying more products online means more middlemen handling your products which means additional packaging is needed to ensure your product arrives at your door in one piece.

3. No cost for inefficient behavior

In most aspects of our lives, there is a personal monetary cost associated with inefficient behavior. If you buy a half-ton pickup truck to drive around town hauling nothing but air, your inefficiency is going to cost you at the gas pump. There is virtually no such cost associated with producing too much trash.

On the first and second points, there isn’t a lot that can be done to put the genie back in the bottle, which leaves us with the third point. So, what is the cost to the individual consumer for collecting (and disposing of) an excessive amount of trash?

City public works departments typically charge a flat nominal monthly fee for garbage collection. In my hometown of Phoenix, Arizona, that charge is $26.85 a month. For that low fee, a garbage truck will come once a week and collect two trash barrels, each weighing up to 200 pounds. That’s 57 pounds per day. At the previously stated average of 4.4 pounds of waste per person per day, that’s enough to accommodate a family of 13. If you think that’s a bit high, it is. The average number of people per household in America is currently 2.54. 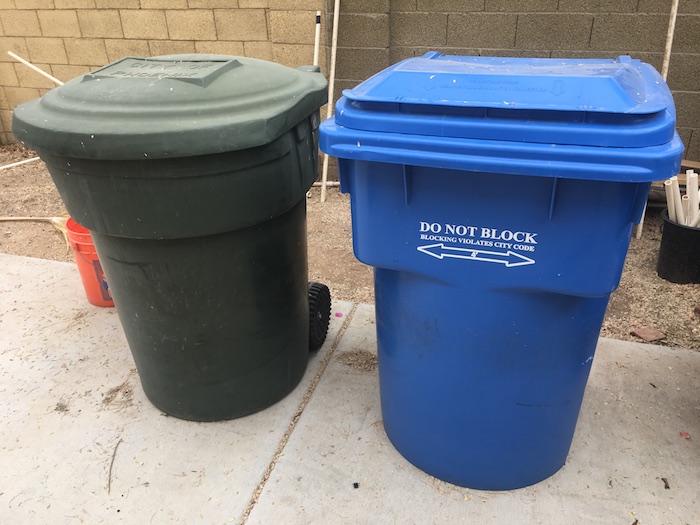 Similar waste collection programs exist across the globe. In modern times, human beings have almost never been forced to take into consideration how much it will cost to eventually dispose of whatever they’re bringing home.

Beyond “paper or plastic”

Cheaper manufacturing and technology have led to increasingly elaborate packaging for almost every product we buy. I don’t need a 5-gallon drum to keep my protein powder fresh, but it looks a lot cooler that way when I’m trying to signal to the universe that “I work out”.

An entire industry has emerged to provide increasingly elaborate packaging for companies’ products. At least part of the reason for this phenomenon is that consumers don’t pay for the waste they wantonly accumulate and eventually dispose of.

Have you noticed that it’s become difficult to even throw away certain packaging, even though it’s clear that it will never be of any use? I bought my Macbook three years ago, but the packaging is just so impossibly flawless and sleek that I can’t bring myself to even toss it in the trash can.

Remember Tupperware? As a kid, accidentally leaving a piece of Tupperware somewhere or even misplacing a lid was devastating and invited a good scolding. These days, a family of five can stock up on an assortment of durable plastic food containers for the next ten years just by ordering takeout.

Tragedy of the commons

You may have heard of a giant floating mass of trash in our ocean. Estimates suggest that the cumulative area taken up by floating trash is “bigger than the state of Texas.” Those comparisons are somewhat disputed, but the amount of trash floating in the ocean should be alarming to us nonetheless.

Research showed that 95% of that trash comes by way of just ten rivers, none of which are in the United States, and eight of which are in Asia. Our present solution seems to be to teach countries in Asia to recycle some fraction of that waste. Deck chairs on the Titanic.

So, what can be done? One solution would be to make accumulating waste painful by making consumers pay the true cost for their waste. Fortunately, the United States is the perfect place to start. If the United States led the way with popularizing the notion that one pays the price (literally) for the trash that one creates or accumulates, other countries would follow. They’d have to. And it won’t even require an international treaty to accomplish.

The change would happen voluntarily—organically, you might say—as a result of pure self-interest.

Imagine being presented with the following scenario while shopping:

You’re choosing between two products. Product A comes in a bulky, extravagant package that makes it look cooler than the minimalist packaging of Product B, but you know that both products are otherwise identical. If you’re sensibly frugal, you’ll go with Product B because its total cost (including cost of disposal) is 60 cents cheaper.

That might seem like a subtle shift in consumer behavior, but the combined effect of it occurring across millions of transactions every day would be revolutionary. If consumers had to pay the true cost for the disposal of their trash, corporations would begin rethinking the way they package products so that customers aren’t having to pay as much to dispose of bulky, non-recyclable detritus.

They would create new packaging materials and methods to meet the demand for truly cheaper packaging–not just cheaper to produce, but cheaper to dispose of. The packaging would be more environmentally friendly, too, or at least easier to recycle. New industries would emerge and economic inefficiencies would vanish. The world would catch on and duplicate how the United States is disposing of its trash, as it has with so many other American ideas good and bad (including our modern waste disposal mindset).

Best of all, we’d be doing something genuinely good for the environment for once—not just something that feels good. We’d have less clutter, fewer distractions, and a world that is actually environmentally conscious by way of its own self-interest.

In order to have a meaningful reduction in waste, people need to have skin in the game. Our current system of concentrated benefits and dispersed costs is catching up to us and the costs are becoming more visible and tragic. The same monetary forces that caused the Mobro 4000 to traverse 6,000 miles in two months can be employed to move individuals to think twice about collecting heaps of disposables. The best part is, the economy and planet Earth stand to benefit.