This month marks three years since I submitted over a dozen applications to law schools all around the country in hopes of pursing my dream of becoming an attorney. I decided on a strategy of applying to a lot of schools, most of which were approaching or likely out of my league, in the hopes of striking gold with one or two.

All told, I spent probably $500-600 dollars on fees for the privilege of having my applications reviewed. Another $300 or so was spent on study materials—mostly just old LSAT (Law School Admissions Test) exam books. I spent countless hours in a state of mental anguish, furiously churning through #2 pencils (the erasers always seem to go first, dang it) with a stopwatch ticking away. I won’t try to quantify the hours I spent studying, but let’s just say it was my primary focus for a period of at least two months.

Fast forward to June the following year, and I’ve received my first confirmed acceptances, along with a sturdy stack of rejections. While not in my top 3, I’m ecstatic to be offered a seat at such prestigious schools. I decide to use the full two weeks given to me to make my decision, realizing how much of a life-altering event this will be.

With 24 hours to go, I’ve decided where I’ll be going. I text family and friends to inform them of my decision and where I’ll be living in just a couple of months. All that remains to sign on the dotted line.

I begin to panic. Almost as an afterthought, I decide to crunch the numbers on what this new “opportunity” will actually cost me. When all is said and done and without accounting for life’s little hidden fees, I’m looking at a bill of right around $150,000, without considering the toll that interest on my debt will take over the years.

It’s difficult to project how long that’d take to pay off, but suffice to say it would more than likely take decades. Plural.

I’m staggered by the numbers. Suddenly I find myself poring over recent news articles about the inescapability of college debt and the dwindling prospects for law school graduates from schools of all ranks.

I was informed to call one of the administrators at the law school no later than the next morning to let them know of my decision, as the seats are very competitive and could easily be filled by others.

Morning arrives, and I’m still laboring over the decision. But I know I can’t commit to something so significant without strength of conviction. I make the call. “Mrs. So-and-So, I have to decline your offer. Thank you.”

Of course, she couldn’t let me go without a little resistance. “What are you, crazy?” pretty much sums it up. But that was it, adios to my dreams of being an attorney.

While heartbroken at the time, I now consider that to be the greatest single decision of my life. Like dodging a freight train of sorts. In fact, I encourage others who aren’t absolutely 100% certain about their desire to go to law school (debt and all) to do the same. And it seems many are. In fact, according to a just-published report from the American Bar Association, the number of people entering law school in the U.S. is at its lowest level in 41 years.

I dare say that’s a good thing. Maybe a few more people will pursue their dreams outside of the courtroom, and end up with a lot of less debt too. But what about college as a whole? Are too many students blindly choosing to follow the masses by going to college, even when it doesn’t suit them? 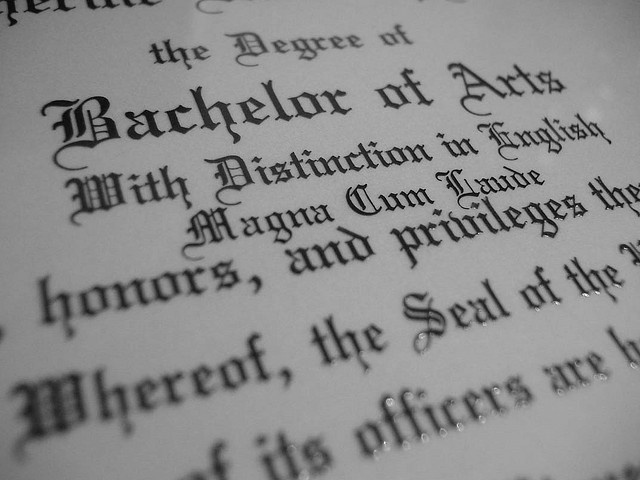 My decision to forego law school has brought me to six different countries, put me on the path to learning two new languages, and allowed me the time to discover an entrepreneurial spirit I never knew I had. Oh, and allowed me to live debt-free.

When Peter Thiel announced in 2010 that he’d be giving twenty lucky young people $100,000 over the course of two years to pursue their dreams outside of college, he drew all sorts of criticism. The negative reaction he got from some “intellectuals” for his noble and charitable act should be downright scary and a wake-up call for everyone.

College is simply not for everyone. Yet it’s become so automatic over the years that “What college are you going to?” has replaced “So what do you do?” as the most commonly spoken pleasantry among college-aged young people. It’s also the single most awkward question of all time for the person who decided not to go to college.

That makes my heart ache, because deciding not to go to college (when it’s nearly free and just about everyone else is doing it) is actually a bold move in this day and age. I don’t mean deciding not go to college so that you can grow marijuana in your parents basement, but to do something with your hands or start your own business? Absolutely and Amen. Going to college is anything but bold.

I know a few people who came out of college worse human beings than when they went in, and, survey says, a lot of them actually managed to get dumber. There’s very little that can’t be learned in this age of information just with access to the internet and a public library card. And they happen to be quite a bit cheaper than college tuition.

So I think it’s time we quit brainwashing our young people into thinking that going to college is unfailingly the wisest choice to make upon graduating high school. Instead, let’s encourage them to think outside the box regarding how they can better themselves, and in so doing, the world.

The next time someone puts their head down to answer in shame that they decided not to go to college, ask them what their plans are. If they have any plans at all, even far-fetched dreams, congratulate them for not following the herd and tell them you admire their courage. We need more people like that, and they deserve our praise.

Flickr Creative Commons image via Our Lady of Disgrace