“Pig penis”, I replied to the British man standing next to me in Yangshuo, China. He noticed that I had just ordered a strange looking mystery meat from the middle-aged Chinese man with a makeshift barbecue stand. “What’s the uh… twirly meat there?” (Read that with a British accent and try not laughing) was his exact question. I responded the only way I knew how, but I could tell it caught him off-guard. “Well is it any good?” he asked. “Probably not, but it’s worth a shot.”

For the record, the pig penis was not delicious. It had a bit of a rubbery texture that was difficult to chew and most the flavor came from a heavy dose of Chinese spices and smoke. Fortunately for me, I was with my good friend Neil, a bearded red-head who makes me look comparably sane when we’re roaming the hinterlands of Asia. 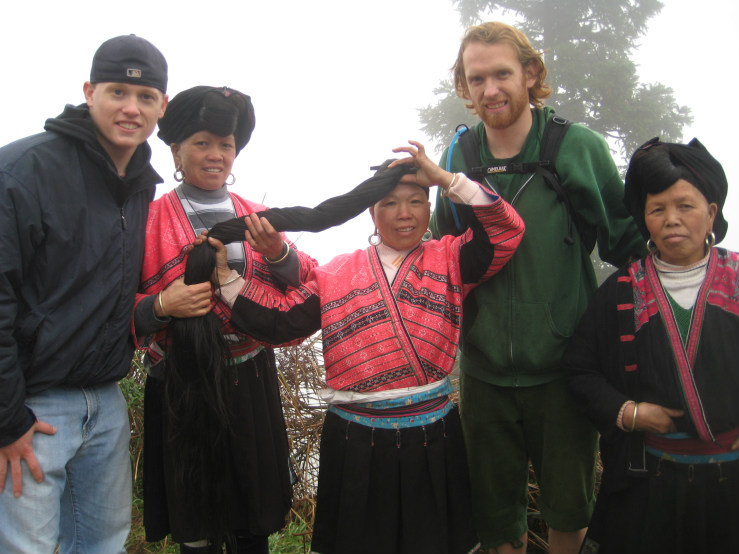 We’ve always made a habit of trying new foods, especially weird ones. Weird food for weird guys, I guess.

We embraced our unorthodox approach to eating food in Asia early in our travels. In part, we were deliberately experimenting with adapting to new realities, but a lot of it was just out of pure necessity. While we had picked up enough spoken Mandarin to get by in most parts of China, reading Chinese characters on a menu was an entirely different challenge.

It became pretty apparent early on that we could either offend our hosts by asking 27 different questions about the menu in 3rd grade level Chinese (and maybe still not get what we wanted), or we could close our eyes and point to something on the menu. We took the second approach, and while we were slightly less irritating restaurant guests for doing so, we ended up with some wild things on our plates.

It should be noted, China is not a place where wasting food is just a fact of everyday life. School cafeterias in China usually assign a student to stand guard by the waste bin in order to document any student or teacher caught wasting food. Only a few decades removed from the horrors of the Cultural Revolution, mass starvation is still fresh in the minds of most Chinese people. So you can understand why they expect people to eat what they order. 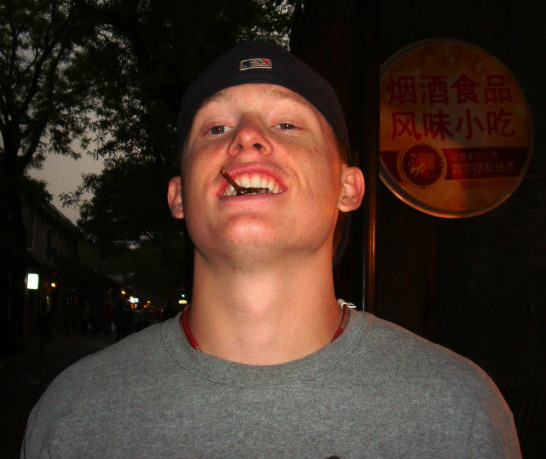 Dan eating a scorpion in Beijing

With that in mind, and continuing in the spirit of limiting our probably numerous cultural offenses as best we could, Neil and I made sure to eat as much of what we ordered as possible. That became a challenge when we pointed poorly and wound up with plates full of rodents, organs, feet, and the like.

All told, an incomplete list of the freakiest foods we’ve tried would include:

Now, those are some unusual foods, but there are stranger things out there that various cultures around the world eat, believe me.

In America, and in the West in general, we’ve gotten used to “having it our way” and being able to choose only the best, most easily likeable foods from a list of diverse cultural favorites that would make the Roman Empire jealous.

But what’s happened to our palates in the meantime? Remember the phrase “acquired taste”? I’m not sure enough of us are willing to be patient and open-minded enough to acquire new tastes. And that’s just plain boring.

Consider some of your favorite things in life. Musicians, drinks, hobbies, games, and yes, foods. Did you like all of them the moment you first heard, tasted, or tried them? I doubt it.

Exercising some patience and a little courage by trying new foods makes for a more exciting life. It’s as simple as that. And I don’t just mean a bite of something so you can later tell your friends you tried it. I mean honestly, repeatedly, and optimistically giving new foods a chance.

If you had asked just over a year ago if I would enjoy eating salted, dried anchovies, I would’ve said absolutely not. Now, I spend way too much time and money trying to replicate Malaysian dishes with dried anchovies. I can’t get enough of them.

If simply making your life a little more interesting isn’t enough to get you to branch out in the eating department, do it for your brain. Science has shown that new experiences, even trying new foods, leads to the growth of neurons. With each new taste you experience, new neurons begin to fire into existence. Having an adventurous palate literally grows your brain. Who can’t use a bigger brain?

So the next time you have the opportunity to eat something that makes your stomach turn a bit just thinking about it, go all in and give it a whirl. But don’t say I didn’t warn you about the twirly meat.