Imagine shining a light through a single slit cut out of a board in order to see the pattern of light it creates on the solid wall behind it. What results is something you might call the shadow puppet effect. Not unexpectedly, a single sliver of light matching the shape of the slit appears on the wall. Simple enough.

Yet when a second, identical slit is cut parallel to the first, the expected result—two slivers of light—is not what we actually get. Instead, what appears on the wall is an interference pattern—multiple (more than two) slivers of light of varying intensity. This is the double-slit experiment. 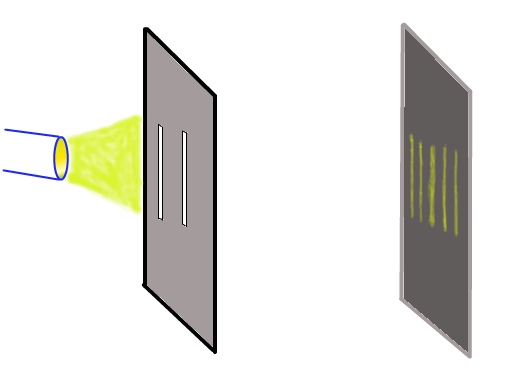 The duality of light

If you remember anything from physics class, you might already be aware of the duality of light. That is to say, light behaves as both a particle and a wave, which in and of itself is rather odd.

Nevertheless, the wave function of light seems to explain the diffracted pattern of multiple slivers we see on the wall. Not unlike waves in the ocean, when the peak of one wave meets the trough of another, the two waves cancel each other out. Similarly, light waves interfere with one another and can produce unexpected patterns of light.

Technology has given us the ability to look at this experiment in much greater detail—quantum detail, in fact. Since the light we see is actually made up of tiny little quantum particles called photons, scientists decided to run the same experiment with a photon gun capable of firing single or multiple photons (particles of light) at one time.

Using the same two parallel slits, a photon gun was used to fire single-photon shots through the two slits. The theory being that single photons wouldn’t have their paths disrupted by the wave-like behavior of other photons traveling at the same time.

Yet after multiple photons were fired one at a time through the two slits, the same interference pattern of light was produced. How could that be possible? Were the photons being temporarily split, traveling through both slits to then interfere with themselves?

To determine what was happening to the photon during its path through one or both slits, scientists introduced a monitoring device capable of recording the path of each photon. What happened next is what Albert Einstein once described as “Spooky actions at a distance.” 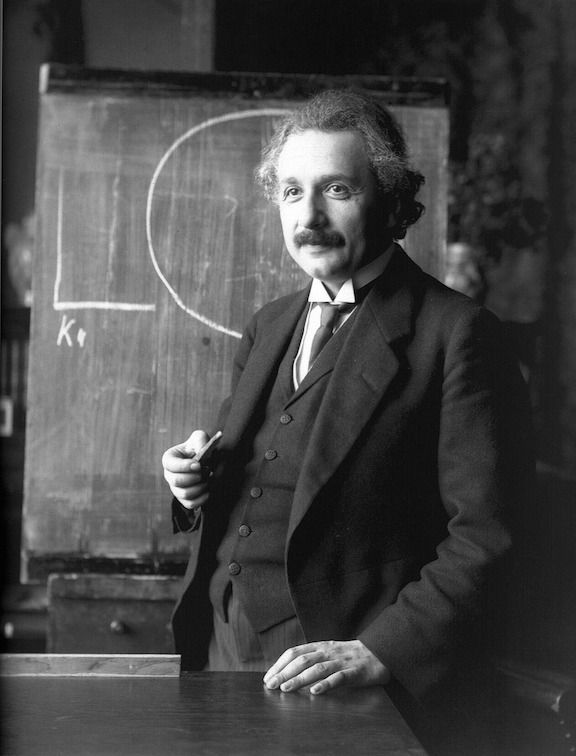 The photons produced the originally expected two slit pattern, each traveling through a single slit and ending up, like BBs fired from a BB gun, in two neat slivers of light on the wall. Zero interference pattern. The photons had shut down their wave function and began to behave as a normal particle would.

It’s as if the photons were aware they were being watched and decided, seemingly in midair, to behave differently. The mere act of human observation was enough to change a physical outcome, in direct disobedience of more than a few laws of physics.

If all that makes your head explode, you can watch it all in action in this helpful YouTube video:

Spookier still, the same outcome has been proven possible even across vast distances. That is to say, one particle can have a physical effect on another particle across great distances without ever physically touching it. Information, and its resultant physical transformation, it seems, has the ability to travel an infinite distance…instantaneously.

So what does double-slit experiment mean for you? Well, that’s for you to decide. For some of you, it may alter your religious perspective. Others may want to explore the possibility of transmitting information across great distances instantly—just think of the possibilities for space travel.

Whatever it means for you, I’d like to suggest a minimum takeaway: The human conscience alone has the ability to change physical reality.

For me, I’m reminded of something James Allen wrote:

“The world is your kaleidoscope, and the varying combinations of colors, which at every succeeding moment it presents to you are the exquisitely adjusted pictures of your ever-moving thoughts. So you will be, what you ‘will’ to be.”