There will be times during the course of this experiment that I talk about experiences unique to me and my life. But during this first real post (intro not counted), I wanted to talk about someone else, so here goes.

I’ve been lucky enough over the years to travel to some faraway places. This benevolent Universe has been uncommonly good to a common guy who, perhaps too often, takes more than a few things for granted.

There are a lot of things I treasure about my travels, but perhaps first among them would be the people I’ve met. In a million different ways, those people, who come from such different cultures and backgrounds, have opened my eyes to things around me that I never took the time to notice before.

One group of people who I’ve become more aware of since traveling abroad are students and recent graduates who’ve come to the United States to live a better life. They come from all over the world, but perhaps most notable in my mind are the ones who have come from The Middle Kingdom, better known as China. 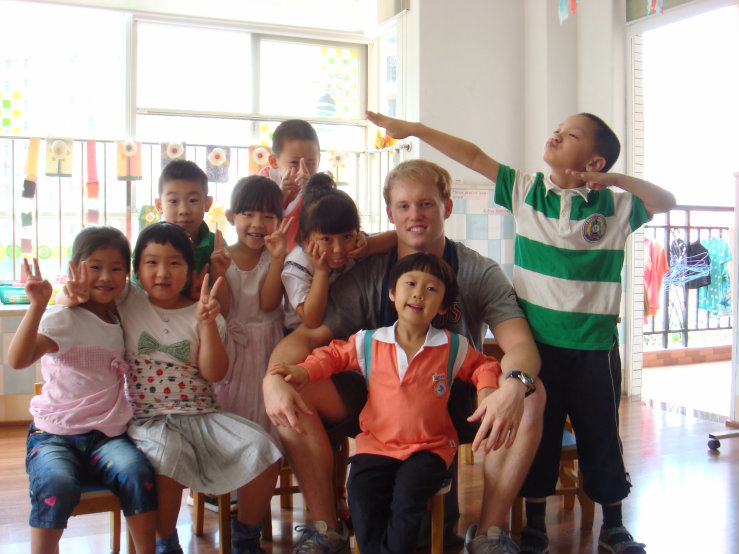 Each year, countless brave Chinese citizens leave everything they’ve ever known—family, friends, food, culture—and make the long journey to America. The 13-hour or more flight, sitting in uncomfortable silence with strangers, must be an all-too-painful punctuation on a divide that may last for years.

There are few acts more entrepreneurial and courageous than to leave your world behind in pursuit of a brighter future. In China, making it to America seems to be the dream of virtually every young student grinding her way through the rigid, exam-heavy schooling in China’s state-run schools.

The pressure on Chinese students at such a young age seems unbearable to me, even as an adult. Their reward for making it through the grueling system and landing a job or a scholarship to an American university? Separating from family and friends, perhaps for years, with the hopes and dreams of generations placed squarely on their shoulders.

As American citizens, the world we know is scary enough when we walk out of high school for the last time to put our education to the test. It’s plenty difficult as is to choose the right major to study or trade to learn, right in our own backyard. When we fall and scratch our knee with a failed class or a business idea that didn’t quite make it, most of us at least have a family to go home to while we ride out the storm. What fallback does an immigrant have who has cut ties with all she knows in a land far away?

It’s no surprise that many small business owners in America are recent immigrants. They’ve already been through so much, estranged by their home countries where opportunities for climbing the socioeconomic ladder are sometimes nonexistent. After all they’ve been through, what could possibly stop them now? For an immigrant, starting a business must seem like a comparably small act of courage.

America is a richer place for having these amazing individuals, in money and in spirit. Still, I dream of a day when a young Chinese girl on the verge of greatness doesn’t have to leave her home behind because the current system doesn’t reward her efforts. Until then, we should welcome them with open arms.

So, the next time you meet a recent immigrant, from China or elsewhere, shake their hand and congratulate them. Thank them for traveling such a great distance to be a part of this thing we call freedom.

To all my friends in the U.S. from China, Cambodia, Malaysia, Thailand, Vietnam, and other countries, I admire you and thank you for sharing your dreams with us here in America.