I remember standing in line at a Bank of China one day after arriving in the Middle Kingdom for the first time. Me and the other Americans I had traveled with were taken to the bank in a group by our Chinese handlers to stock up on the local currency. I stood back a few paces from the Chinese man who was leaning on the counter in front of me while the teller helped him to deposit some money. I was next in line and eager to get my cash and go. 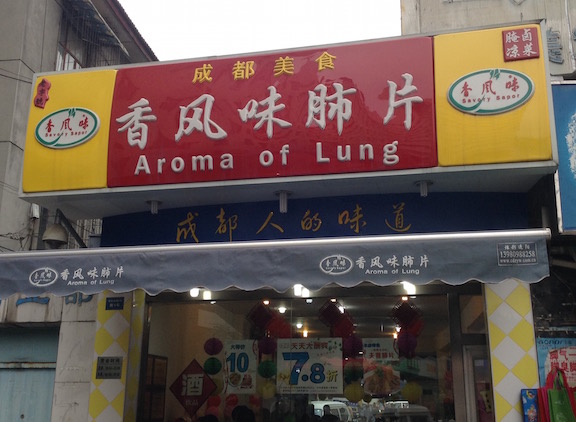 Financial transactions are a rather private matter and there is reason to be concerned about the information that gets discussed in the uncomfortably quiet confines of a bank. Standing too close to someone whether at the ATM or the teller’s counter is enough to invite a cold stare or worse. With that in mind, I gave the man in front of me enough space until it was my turn. As he began to wrap things up, I checked my passport and other documents to make sure everything was ready for a smooth interaction. Then, just as he turned to exit the line, an older Chinese woman swooped in out of nowhere to take my spot at the counter.

I immediately turned around, looking incredulously at anyone who would indulge me. “Did they not see what just happened?”, I thought to myself. No one looked even a fraction as mortified as I was at this obvious social offense. For every Chinese person in the building, this was business as usual, and the only fault in the matter was mine—for not standing closer to the man in front of me.

No cuts, no buts, no coconuts

That was my first experience being cut in line in China, but it most certainly wasn’t my last. In the short period of time I’ve lived or travelled there, I dare say I have experienced more line-cutters than all other years of my life combined in the United States. These days, although I still experience the line-cutting attempts, I manage to ward off most of them. While I still give people the space needed in certain private situations (the bank, the urinal, etc.), I’ve grown eyes in the back of my head and will box out anyone who attempts to cut into my zone a la Dikembe Mutombo.

I’ve also learned to not get so upset at people’s repeated attempts to gain an unfair advantage in line. One of the things I’ve realized is how much history plays a role in some of the cultural bad habits developed by people in various parts of the world. For the Chinese, this is especially true, and is why I generally give them a pass whenever I find myself offended by one of their relatively harmless trespasses.

These days, it’s difficult to go a full week without reading a news story about the bad manners of some Chinese tourists abroad. The Chinese government has even taken notice and made it part of official policy to educate Chinese citizens about the way they ought to conduct themselves abroad. And whenever I come across a fellow Westerner making their first trip to China, one of the first things I usually hear is a complaint about Chinese not honoring “personal space.” They’ll cut you in line, stand too close to you on the subway, and even give you a not-so-gentle nudge as you’re boarding the bus to make sure there’s enough room for them, too.

The role of China’s tumultuous history

To anyone who is willing to listen, I try to explain this phenomenon in the hopes that they won’t let it taint their view of China. The parts of Chinese culture that really matter are too amazing to be spoiled by a few extra minutes spent standing in line or surrendering some “personal space”.

I usually do that by sharing what little I know of Chinese history, because I think that is the only way for people to look beyond the small yet everyday blunders. With that in mind, here goes:

Fifty years ago, in 1965, there was arguably no place on earth where the future was more uncertain than in China. Four years removed from Mao’s part economic, part social reform campaign known as the Great Leap Forward, China was reeling.

During that time, farms were collectivized and steel production was ordered to be ramped up dramatically through the use of government-supplied “backyard furnaces.” To provide scrap metal needed to produce the low-grade steel, kitchens were stripped bare and farm implements were surrendered to the furnace.

Fifty years before that, in 1915, China was yet again in a state of total disaster—one entirely different from that of 1965. A brief experiment in democracy had devolved into warlordism with competing military rivalries scattered throughout the fractured new republic. Sun Zhongshan, the father of a promising new generation of democrats, had been forced into exile in neighboring Japan. The Qing Dynasty that ruled China for 268 years (That’s 29 years older than America is today for anyone counting), was dissolved with essentially nothing to replace it other than mass chaos.

I could go on for pages narrating literally hundreds of years narrating one chaotic and violent period after another in China. The point is, during those time periods, there was no time for manners and polite gestures. There was no “civil society”. If you wanted to eat, there’s a good chance you had to stand in line and pray that the nutrient-lacking gruel being served at the local food commune would last long enough to fill your bowl when you finally made it to the front. You showed up early (as all Chinese do), and you stood awkwardly close to your neighbor in line, because you had to if you wanted to survive.

In the West, we’ve enjoyed centuries of relative peace and prosperity during which a great deal of our supposedly polished manners and niceties were able to develop and become routine. China is only in the beginning stages of a period that has seen more people lifted out of poverty in a shorter time period than at any point in the history of the world. Much of that is thanks to economic reforms initiated by China’s Deng Xiaoping during the years of 1978-1992.

If China continues in the spirit of Deng, there’s reason to believe peace and prosperity will provide the environment in which some frustrating habits can be remedied. In the meantime, I hope people will give China and it’s new generation of middle class tourists the time needed to grow and learn some of the social etiquette that those of us in the West have been privileged to have the time to fuss about.